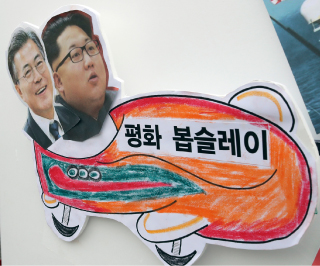 The first irony of President Moon Jae-in is his language. It was strange to hear him mouth the same word as a U.S. president with a very different character and style. President Donald Trump threatened to unleash “fire and fury” against North Korea last August after Pyongyang claimed it had the ability to strike U.S. territory. Moon recently said he was furious to hear former President Lee Myung-bak accuse his government of a political vendetta against him.

One fury was universal and the other personal. Trump was coarse and blunt in venting against Pyongyang for threatening his country and the rest of the world. He was speaking on behalf of his nation, people and the international community. France’s government spokesman said he would not comment on Trump’s choice of language, but added that he understood why the U.S. president had said it. The fiery rhetoric had reason behind it because the emotion was not entirely subjective.

Moon’s fury was against Lee for bringing up the death of former President Roh Moo-hyun and to claim that the prosecution’s probe of his aides and administration’s projects was vengeful. Moon’s emotions were entirely personal, stemming from a deep feeling towards former President Roh, his longtime friend and political mentor, and his resentment toward Lee. This is why his spokesman’s explanations didn’t get much sympathy. British historian Thomas Fuller said, “There is nothing that so much gratifies an ill tongue as when it finds an angry heart.” People are concerned about the president’s angry heart.

A photo of a year-end dinner attended by overseas envoys at the Blue House poses the second irony of the Moon administration. In the photo, Woo Yoon-keun, ambassador to Russia, and Noh Young-min, ambassador to China, were seated on either side of the president. Foreign Minister Kang Kyung-wha sat next to Woo. It was a tradition for the foreign minister to sit next to the president in any meeting of envoys. The late former ambassador to the U.S. Kim Kyung-won used to say that envoys are treated in their host countries according to their status and treatment at home.

It is uncomfortable to see the foreign minister and ambassador to the nation’s biggest ally — the United States — getting less respect than envoys to China and Russia. It raises questions of whether Seoul really has any principles or direction in its foreign policy. Because there are no principles, appointments are random. Seoul should be sending a consul in charge of public diplomacy to Washington. The role is to speak favorably of the president to think tanks and the press in the U.S. The director general in charge of U.S. affairs at the Foreign Ministry has been named to the post. He was groomed and promoted under the Park Geun-hye administration.

People in Washington have been awed by the appointment. A public official prized by the former administration needs not be discredited under a new government. But it is laughable for someone who had pitched the policies of Park to represent Moon who replaced her after a shameful impeachment and removal. It’s no wonder Moon’s foreign policy only invites sneers about having no essence or philosophy.

The third irony about Moon is the PyeongChang Winter Olympics. Last June, Jang Woong, North Korea’s delegate to the International Olympic Committee, made it clear that politics are above sports. Moon said the two Koreas competing in the Olympic women’s ice hockey as one team would be remembered forever.

But the president should not have lectured players who have been preparing hard for a chance to play in the Olympics. To them, their personal moments are more important than an historic milestone.

The president should have sincerely apologized and sought their understanding. It would have been much better for Moon to say, “I’m really sorry and I won’t make any excuses. Put all the blame on me.” Politics may be above sports. But the people are above politics. He should fear the people more because they do not forget easily.