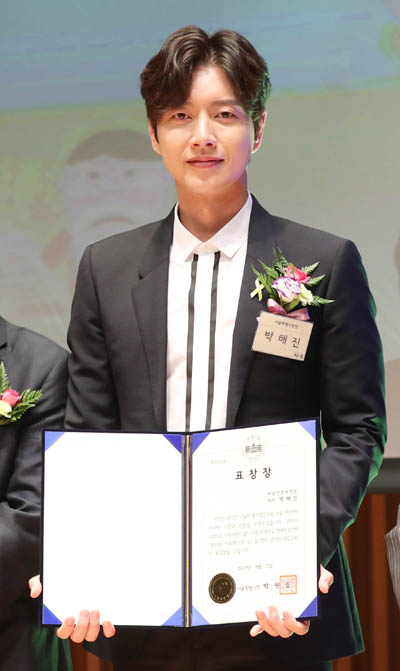 Actor Park Hae-jin will be featured on the cover of next year’s “Hands for Hero,” a calendar that features photos of firefighters hard at work.

Different from the popular calendar featuring muscular firefighters distributed by the Seoul Metropolitan Government, “Hands for Hero” focuses on showing the humane side of firefighters. It is made by the nonprofit organization Maumhana every year in order to support firefighters who have been injured or have died on the job. The proceeds earned from the sales of the calendar go to firefighters who need financial help, according to the organization. The calendar will go on sale in November.

Park offered to be featured on the cover for free after learning that the organization has had some financial troubles. He has purchased the calendar every year, Park’s agency, Mountain Movement said.

Park is known for his many humanitarian endeavors. He was featured on the October issue of The Big Issue magazine, a publication whose proceeds go to the homeless community. He was also honored at 2017 Seoul Social Welfare Awards for his actions.