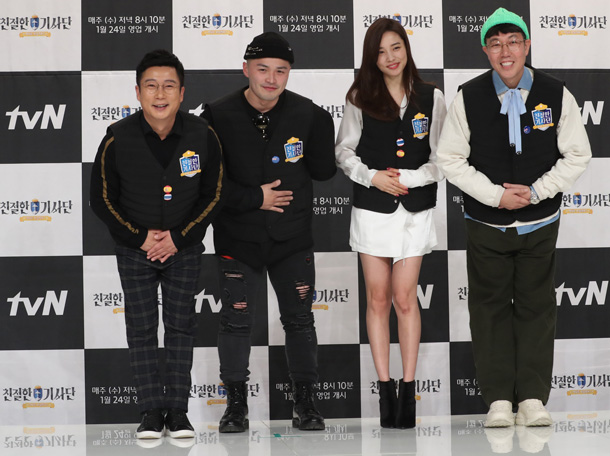 Cable channel tvN launched a new reality show called “The Kind Drivers,” in which comedians and actors work as drivers who show international travelers around Korea.

While driving, they chat with the travelers to learn their reasons for visiting Korea.

Comedian Kim, who is known as a hardworking English student and has even published multiple books on how to study without much hassle, said that the program inspired him to speak the language more, at the press conference Wednesday.

“When I faced the situation [where I had to speak English], ‘survival’ English just came out naturally,” said Kim.

Rapper Microdot said he learned while filming that the body language can go far.

“When we were trying to get foreign guests to jump into our car for a ride, using body language was easier than actually using words.”

The members also found out that people from other countries also have struggles not so different from the ones people face here. Comedian Lee said he was surprised to learn that a student from Spain had similar concerns that any ordinary Korean student might have, such as what to do in the future and when to get married.