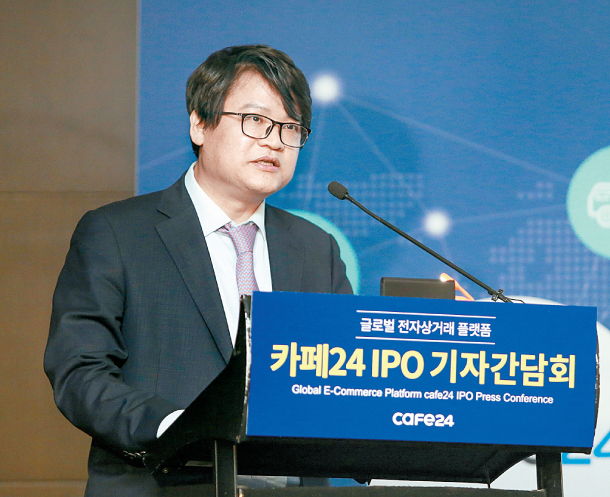 Cafe24, a Korean e-commerce platform provider, is slated to become the first company to take itself public under the new listing requirement for the junior bourse Kosdaq with some 50 billion won ($47 million) expected to be raised from the public debut in February.

The country’s regulator established the so-called Tesla Condition in 2016 to allow companies with high potential but operating losses to make it onto the Kosdaq.

The head of Cafe24 said that the proceeds from the initial public offering will be used to scale up business through overseas expansion and the development of partnership and new business.

“The major focus will be the investment to develop our presence in the markets abroad,” said Lee Jae-suk, CEO of Cafe24 during a press conference on Wednesday.

“We will also foster different partnerships to provide our e-commerce platforms to global markets,” Lee said.

The head said Japan will be the primary target market in the short term as the company partnered with Japan’s SoftBank Payment Service.

“[Cafe24] will start with Japan in the second half of this year to embark on global business expansion,” Lee said.

Founded in 1999, Cafe24 is an e-commerce platform provider that helps small and medium-sized businesses establish online and mobile storefronts. Its services range from customizing a website and providing ready-to-use templates to processing payments.