‘I’m not going to run, but I will help if a team is formed’

‘I’m not going to run, but I will help if a team is formed’ 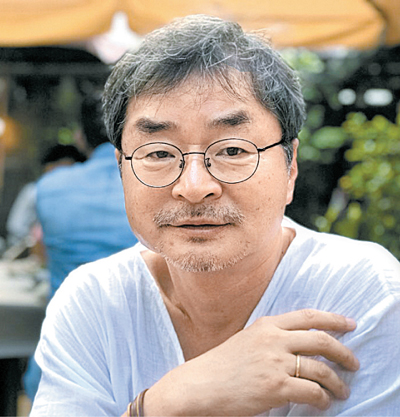 Lee Ho-chul, 59, is the former presidential senior secretary for civil affairs under the late President Roh Moo-hyun. Like Roh and incumbent President Moon Jae-in, Lee has a history of fighting for democracy. In December 1979, he was arrested and tortured for leading the Bu-Ma (Busan and Masan) democratic protests against former President Park Chung Hee’s dictatorial regime. He was also one of 22 students involved in the Burim case of 1982, in which he was tortured again under suspicions of sympathizing with North Korea during former President Chun Doo Hwan’s authoritarian rule.

Lee sat down for an interview with the JoongAng Ilbo on Jan. 14 at the Roh Moo Hyun Foundation in Mapo District, western Seoul, to talk about his views on the current administration as well as his personal thoughts on returning to politics. Lee, who is in charge of constructing a memorial hall for the late Roh, returned from Cuba that day to attend a meeting regarding the hall.

He has been a close aide of Moon since Roh’s death, and stayed by Moon’s side until the 2017 presidential election, after which he left the political scene to travel abroad. During the interview, Lee denied rumors that he would run in the June’s Busan mayoral race as the Democratic Party candidate.

Q. Why did you decide to not run?

A. There are three reasons. After the late President Roh passed away, I developed a feeling of trauma about politics. Actually, we all share this pain. The second reason can be found in the late German sociologist Ulrich Beck’s “Democracy without Enemies.” This book tells people what to do after the collapse of a dictatorship, and I want to remain an awakened citizen. Third, I have been in charge of the construction of Roh’s memorial hall for the last four years. This is really precious work for me. I have the responsibility of engraving history into a physical space.

Why did the rumors that you were planning to run surface in the first place?

Last year around the Chuseok holiday, I received a request to run. Someone pleaded with me to not publicly say that I wasn’t going to run. Actually, President Moon entered politics under such circumstances. He agreed to small promises, like not telling supporters that he wasn’t running, writing a book and attending book signings.

I never considered running, but I postponed announcing my intention because I knew people desperately wanted to change Busan. It is important for the Moon administration to be successful, sacrificial and dedicated. It also needs to look deep and wide. Then I have nothing to offer.

My supporters are all young or fans of Roh or Moon. Reps. Jeon Hae-cheol, Park Nam-choon and Kim Kyoung-soo [close aides to Moon] are all going to eventually run for public positions, but that could be too overwhelming for the Moon administration.

What if Moon says, “It’s your turn to enter politics now”?

President Moon will not do so. He entered politics while trying to avoid it, so he would be generous and let me go free. President Roh also recommended politics to many people, but he avoided persuading me into any public positions. I enjoy being in a state of liberty, and Moon is aware of this.

I was tortured a few years earlier before Park Jong-chul [a Seoul National University student activist who died of torture under the Chun Doo Hwan regime — the film “1987,” currently in cinemas, depicts events at the time] and Kim Geun-tae [a democracy activist during the regimes of both Park Chung Hee and Chun Doo Hwan]. If I had died, those two wouldn’t have had to go through their torture. After being held captive as a democracy activist and watching sunsets through the iron bars of my cell, I became determined to live my life traveling freely.

Have you met with President Moon after he was elected?

I saw him once during his summer vacation last year at Jinhae District in Changwon, South Gyeongsang. When he asked me where I had been, I told him about my trip to the Caucasus mountain range [in Georgia, Armenia and Azerbaijan]. I felt sorry for him because he looked like he had lost a lot of weight from worrying about the North Korean nuclear problem.

Do you think it’s right to avoid participating in politics because you’re close to Moon?

I’m not sure. But that’s what we decided. It’s a new start. In 2012, when we cooperated with Ahn Cheol-soo, the condition was the exclusion of the three Chuls [Lee Ho-chul, Jeon Hae-Cheol and Yang Jung-chul]. The three Chuls, all confidantes of Moon, were strong within the Democratic Party. During the general elections in April 2016, the Democratic Party leadership asked me to declare that I wasn’t going to run, even though I had no plans of doing so. I replied, “I can, but do you think it’ll be fair to force the other two to not run just because our names end with the same syllable?” During the presidential elections, I was also asked to give up vying for government positions by a prominent politician within Moon’s camp. I told him then, as well, “I can promise that, but not for the other two.”

What do you think about the departure of Yang Jung-chul [former Blue House Secretary for public relations and planning under Roh] from politics?

Yang and I promised ourselves before the presidential elections around January last year that we weren’t going to enter the Blue House. I saw President Moon’s inauguration on May 10 last year at Incheon International Airport. I had bought flight tickets to go abroad three or four months before the results came out. Though Yang told me I might have to act as the relief pitcher later on in the new administration, I decided to get on the last train of the old era. We need to let new people get on the first train of the new era.

How do you respond to rumors that the Oceans and Fisheries Minister Kim Young-choon will not run in the Busan mayoral race?

Would any incumbent minister say that he or she will run, if asked? I think the Democratic Party has a good chance of winning, but it won’t be easy. I saw President Roh lose elections, even when public surveys predicted his win. Candidates can only win if they run as a team. I’m not going to run myself, but I will help if a team is formed.