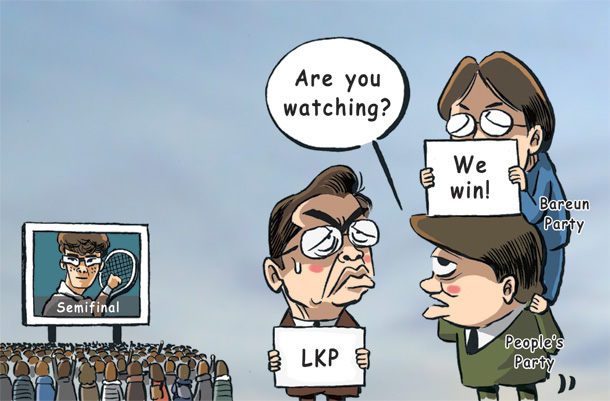 A merged People’s Party and Bareun Party’s approval rating (16.4 percent) would surpass the main opposition Liberty Korea Party’s (13 percent), according to a recent Gallup Korea poll released Wednesday. On Monday, 22-year-old South Korean tennis player Chung Hyeon, ranked 58, wrote on a camera lens “Are you watching?” after he defeated 31-year-old Novak Djokovic in the round of 16 at the Australian Open on Jan. 22.