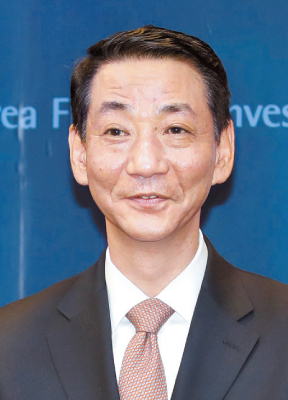 The 57 year-old Kiwoom Securities President Kwon Yong-won was named as the next chairman of the Korea Financial Investment Association (Kofia) on Thursday.

The nomination was decided after 241 members of the financial investment association voted at the center’s headquarters in Yeouido, western Seoul. Kwon received 68.1 percent of the vote.

Kwon is a former bureaucrat - he worked at the Ministry of Trade, Industry and Energy for 20 years before moving to the private sector in 2000, where he was hired as the vice president of software company Daou Technology. He joined Kiwoom in 2007 and later became the head of Kiwoom Securities in 2009, a position he has held since.

Kwon said he will work on the advancement of the capital market during his term, starting with the creation of a committee that will be focused on fourth industrial revolution technology. He also promised to lobby the government to ease regulations so that major brokerage firms can become global players while creating an environment where small and midsize brokerage firms can thrive.