Elton John says tour will be his last

Elton John says tour will be his last 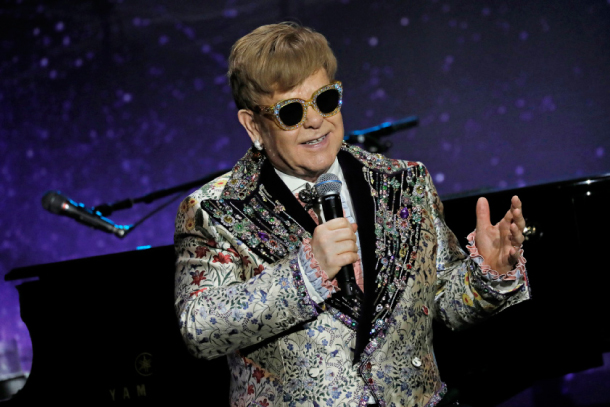 NEW YORK - Elton John is retiring from the road after his upcoming three-year global tour, capping nearly 50 years on stages around the world. He calls it a “way to go out with a bang.”

“I’ve had a good run, I think you’d admit that,” John said Wednesday, adding that he wanted to “leave people thinking, ‘I saw the last tour and it was fantastic.’”

The 70-year-old singer, pianist and composer said he wanted to spend time with his family. His children will be 10 and 8 when the tour ends in 2021, and John said he hoped he might be able to take them to soccer practice. “My priorities now are my children and my husband and my family,” he said. “This is the end.”

John made the announcement at an event in New York in which he sat at a piano and performed “Tiny Dancer” and “I’m Still Standing.” He wore his signature glasses and a colorful suit jacket that read “Gucci Loves Elton.”

Interest in the announcement was so high his website crashed. He wrote on Instagram that “EltonJohn.com will be fully back online as soon as possible.”

John said he decided on his retirement plans in 2015 in France: “I can’t physically do the traveling and I don’t want to,” he said.

He said he may do a residency after the tour wraps, but ruled out the idea of using a hologram of himself. He called it “spooky” and “a bit freaky,” and said he told his kids to “promise me that there won’t be a hologram of me.”

“Who knows? They may go broke and put me back on the [expletive] stage,” he added.

John has suffered several medical setbacks of late, including a bacterial infection last year that he contracted during a South American tour and an E. coli bacterial infection in 2009. He’s also suffered an appendicitis and has been fitted with a pacemaker. But on Wednesday he said he’s “in great health.”