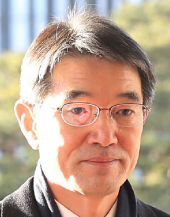 Supreme Court Chief Justice Kim Myeong-su named Justice Ahn Chul-sang on Thursday to head a scandal-ridden administrative office of the judiciary, taking a step to follow up with his promise to restore the integrity of the courts.

Ahn was named minister of the National Court Administration, replacing Kim So-young, who headed the office for the past six months. She will return to the Supreme Court bench starting on Feb. 1.

Although the overhaul of the National Court Administration, composed of 37 elite judges, was highly anticipated, the move was unusually quick.

On Wednesday afternoon, Chief Justice Kim issued an apology for the tainted integrity of the judiciary following revelations that the judicial administrative office had implemented policies against liberal judges and fed sensitive trial information to the Blue House during Park Geun-hye’s presidency.

Kim has promised to restructure the National Court Administration, whose current members are largely appointed by his predecessor Yang Sung-tae, reassess the scope of its operation and reduce the number of judges serving the office.

While there is no fixed tenure for a minister of the National Court Administration, a Supreme Court justice appointed by the chief justice normally serves the post for two years. Kim So-young, appointed by Yang last July, was the first woman to head the office. Her tenure on the Supreme Court bench ends in November this year.

The Chosun Ilbo reported that she recently submitted her resignation at the request of Chief Justice Kim. Speculation grew Thursday that more reshuffles in the judiciary will follow to replace officials appointed by Yang.

Neither of them had worked at the National Court Administration during their careers, and observers said the lack of experience actually makes Ahn the best candidate to overhaul the scandal-ridden office.