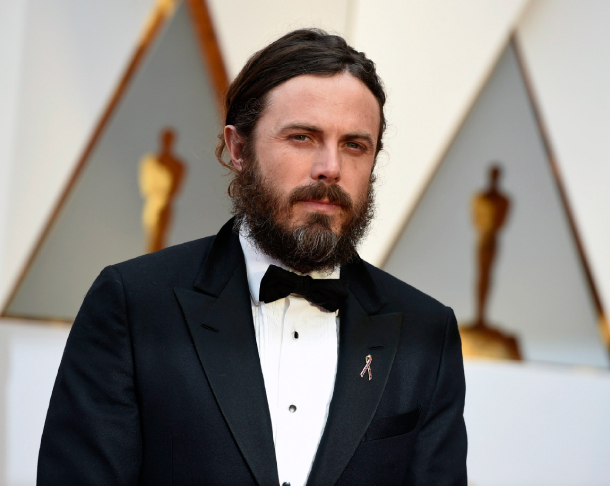 Casey Affleck arrives at the Oscars in Los Angeles on Feb. 26, 2017. Affleck, who won the best actor award for his role in “Manchester By the Sea,” will not be presenting at this year’s Academy Awards. [AP/YONHAP]

LOS ANGELES - In another apparent consequence of the Me Too movement, last year’s best actor Oscar winner Casey Affleck will not be presenting at or attending the 90th Academy Awards.

Affleck’s publicist said Thursday that the actor would not be at the ceremony on March 4 where, traditionally, he would have been expected to present the award for best actress as the reigning best actor winner. A film academy spokesperson said they “appreciate the decision to keep the focus on the show and on the great work of this year.”

The “Manchester by the Sea” actor faced sexual harassment allegations in 2010 in two public civil suits during the production of the mockumentary “I’m Still Here.” The suits were settled for undisclosed sums and Affleck said that the terms of the settlement prevent him from discussing the matter.

While the lawsuits were covered in the press at the time, the allegations gained additional attention in 2016 following the ruination of “Birth of a Nation” director and star Nate Parker’s awards chances after past rape allegations surfaced against him. Many wondered if there was a racially related double standard that would allow Affleck, despite past allegations, to go on to win the best actor award at the Oscars. Actress Brie Larson famously did not clap when presenting Affleck with the award at the 2017 ceremony.

When the Me Too movement exploded in October and the film academy revoked Harvey Weinstein’s membership, the spotlight turned back to Affleck and other academy members who have been accused of misconduct.

Hardly any aspect of the awards season has been unaffected by the Me Too movement, from who gets nominated to the content of acceptance speeches and red carpet interviews. No one knows exactly how the film academy plans to handle this moment of reckoning during the ceremony on March 4, but with Affleck stepping down, one of the biggest questions has been answered.