Skiers cut from Olympic team due to error

Skiers cut from Olympic team due to error

The Korea Ski Association’s misunderstanding of the Olympic quotas, regulated by the International Ski Federation (FIS), has led five of the nine skiers on the Korean national alpine ski team having to step away from competing at the PyeongChang Olympics, which is only two weeks away. 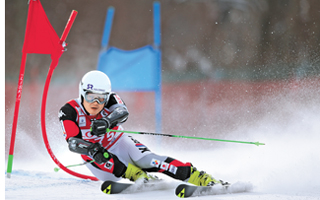 Kyung Sung-hyun at a skiing competition in Jeongseon, Gangwon, on Jan. 18. He is one of five athletes who failed to make the cut for Korea’s alpine ski team. [YONHAP]

The final group of skiers turned out to be a lot different than expected, as only four of the nine members of the national team were included on the official Olympic roster. Jung Dong-hyun and Kim Dong-woo on the men’s side and Kang Young-seo and Gim So-hui on the women’s side earned berths to the Olympics.

The other five skiers - Kyung Sung-hyun, Kim Hyun-tae, Kim Seol-kyung, Lee Dong-keun and Kim Seo-hyun - who were scheduled to compete in three events, failed to get added to the final roster.

All nine skiers had already been given uniforms for the PyeongChang Olympics.

“We’ve been training all this time, thinking that two athletes would be allowed to compete in each of the five alpine events,” said a player who was excluded from the roster. “’I’ve been training while focused only on competing at the PyeongChang Olympics, but now that I have been notified that I was cut from the team, it makes me feel absurd.”

The Korean national alpine ski team was cut in half due to an error by the Korea Ski Association (KSA), who failed to accurately inform the athletes of the Olympic qualification rules.

“We were only given four Olympic spots [two male and two female],” said an associate from the Korea Ski Association. “We didn’t make a further announcement because we thought the rest of the players would qualify by themselves.”

But the KSA’s assumption was a miss, as none of the skiers managed to earn their spot themselves. According to the FIS, only the alpine skiers ranked in the top 320 in the world are eligible to participate in the Olympics, but as of Jan. 23, Jung is the highest ranked Korean alpine skier, at 455.

“Since no final rankings had been announced, we didn’t want to discourage the skiers by telling some of them that they would not make it to the team because all nine of them worked so hard,” said an associate at KSA. “We gave the athletes the national team uniform because their participation at the PyeongChang Games was not yet finalized at the time.”

The KSA further explained saying, “Once we found out that we were only given four spots, we cooperated with the Korea Sport & Olympic Committee to send a letter to the International Olympic Committee (IOC) and to the FIS to ask for more spots, but it didn’t work out.”

The athletes still haven’t heard any further explanation or an apology from the KSA. One skier said she found out that she wouldn’t compete at the Olympics from a teammate.