BoA is ready to show her true self : The singer feels more comfortable to give fans a look at her private life

BoA is ready to show her true self : The singer feels more comfortable to give fans a look at her private life 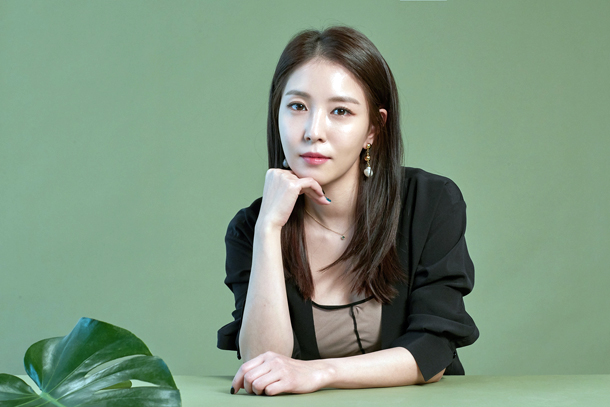 Singer BoA attends a press conference to promote the launch of her upcoming single and reality show “Keyword#BoA.” [SM C&C]

Singer BoA is back in town - this time not as a producer or an actress, but as a singer with her latest single “NEGA DOLA,” which will be released on Jan. 31. Along with her new song, BoA will star in reality show “Keyword#BoA” with SHINee member Key, who at one time was her number one fan in the singer’s official fan club.

From a fan’s point of view, Key will be assisting as well as filming BoA to show a more natural and humane side of the singer. Korea JoongAng Daily attended a press conference where she discussed her new song and her show on Friday.

The singer said that through “NEGA DOLA,” she wants to earn back the nickname “Girl Crush,” which she admitted that she seems to have lost over the past few years.

Nearly 19 years after she made her debut, the singer also said that she wants to continue enjoying music that suits her age, but also show a different side of her that the public has not seen yet.

“After listening to the song, I want people to think, ‘Does BoA usually do these kinds of songs?’ or ‘This feels like BoA, but it also has a new quality that I haven’t heard before.’”

“NEGA DOLA” is a hip-hop dance song with guitar & synth sounds. The singer helped write the lyrics, which tell the story of a woman who feels that she is going crazy because of her lover’s obsession over her.

The reality show starts off showing the singer’s preparations for her new mini album. For the first time, her fans will be able to take a glimpse at the perfectionist BoA’s process of getting ready for her comeback.

In a clip of the show on Naver’s streaming service V Live, Key said, “We all know that she is perfect on stage, but what fans don’t know is what she is like off-stage. It is her natural attitude that makes her really attractive, and as a fan, I want to show that side of her in this show.”

True to those words, BoA has always been hesitant to open up her private life to the public. The last time she gave a look into her life off-camera was in a documentary that was released 10 years ago.

However, the artist has been stepping out of the shadows and has been making appearances on various entertainment programs, such as the JTBC talk show, “Knowing Bros.” She is also planning to make an appearance on the MBC variety show “Weekly Idol.”

When asked about her seemingly sudden change of mind, she replied, “I guess I feel more comfortable about myself, maybe because I have aged.

“When I was younger, at a time when I received all kinds of criticism both online and offline, I thought that it was simply because everybody hated me. But now, I just let go of those thoughts, because now I know that I cannot force everyone to like me. Some will, and some won’t, but that doesn’t mean I have to hide. That kind of thinking made me feel comfortable, and it is part of the reason why I decided to do this show.”

After the start of the reality show, which premiered on Jan. 28 and will continue for the next seven weeks on the cable channel XtvN, BoA will release a new mini album at the end of February and hold a concert in Japan in March. Fans can see clips of the show online at Naver TV or on the V Live streaming service.