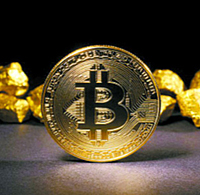 The 1983 movie “The Gods Must Be Crazy” is about the journey of an African tribesman to the end of the world with a strange artifact, which turns out to be a glass Coca Cola bottle thrown out of an airplane.

Some people say that cryptocurrency is a lifeline from God to help them go from a hopeless reality to a happy future. Others warn that it is the Devil calling people to hell for the price of greed. Those who invested in cryptocurrency alternate between the faint light of heaven and heat of hell.

Some say that bitcoin will be traded at 100 million won ($93,765) soon while others predict it will plummet. While many pose as experts, it is hard to know who to trust. In the end, it is a gamble. Making money does not necessarily require cryptocurrency to rise constantly. Theoretically, you can make money by buying when price is falling and selling when it goes up.

But there is a way to distinguish whether someone is trying to push you off the cliff. When someone who doesn’t seem to be a philanthropist lures you into the world of cryptocurrency or cries out “Let’s go!” to the masses, he is likely to be a partner of the Devil.

However, reality is strange. Many speak of a rosy future for cryptocurrency, and a considerable number of them have a share in a related business. Some hold investment info sessions while others boast that they made big money and that people should not hesitate and advise others to join.

Unless these people are altruistic or extremely dumb, they are likely to be part of a pyramid scheme, hoping to fill their pockets with money from late entries rather than investing in the future value of cryptocurrency.