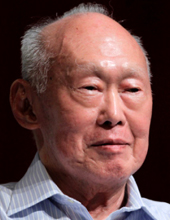 North Korea’s participation in the PyeongChang Winter Olympics is putting Korea’s diplomacy to the test. As communication between South and North Korea has opened up again, the world is watching whether inter-Korean and U.S.-North relations will also improve. On Jan. 22, President Moon Jae-in emphasized that the inter-Korean talks should be expanded to various other dialogues, ultimately leading to U.S.-North talks. There are concerned voices that the warm breeze between South and North Korea may not develop into talks between Washington and Pyongyang.

North Korea’s sudden decision to participate in the Winter Olympics surprised the United States as well as South Korea. U.S. President Donald Trump said that he supported the inter-Korean talks 100 percent and was willing to talk to North Korean leader Kim Jong-un on the phone. However, Vice President Mike Pence is concerned that Kim may hijack the Olympics. It is not easy to understand the intention of the United States as remarks by the president and the vice president differ slightly in nuance. Considering the escalated tension between Washington and Pyongyang, it may be rash to expect the Olympics to resolve it at once.

Washington and Pyongyang are eager to say what they want without listening to each other. North Korea is especially distrustful and fears America. Yet it desperately wants to improve relations. Considering the two countries’ circumstances, they cannot resolve issues without a mediator. Therefore, it could be the perfect timing for Korea to step out as the best party to facilitate improved relations. The Moon Jae-in administration needs to act decisively to make the best of the Olympics. We need to find ways to use both the United States and North Korea without causing misunderstanding.

Remember, if you will, the example of former Singaporean Prime Minister Lee Kuan Yew. Singapore is only 1.2 times the size of Seoul, but he was a strategist who made his small country a balanced diplomatic power in U.S.-China, cross-Strait and inter-Korean relations. In 1975, Lee signed a military agreement called the Starlight Program with Chiang Ching-kuo, then Taiwan’s acting president. It was a secret agreement with Taiwan, providing a military training site for Singapore forces.

China pressured Singapore to move the site to China. But Lee Kwan Yew refused. He said acknowledging “One China” and military exchanges with Taiwan were separate issues. Instead, he advised Deng Xiaoping to pursue reform, as Deng considered him a model. In the end, Lee proved Singapore’s strategic importance. As Christopher Columbus said, “It’s easy to discover what another has discovered before.” If Korea pressures Pyongyang and Washington, progress will be possible.