[Korean Box Office] In second week, ‘Keys to the Heart’ is Korea’s No. 1

[Korean Box Office] In second week, ‘Keys to the Heart’ is Korea’s No. 1 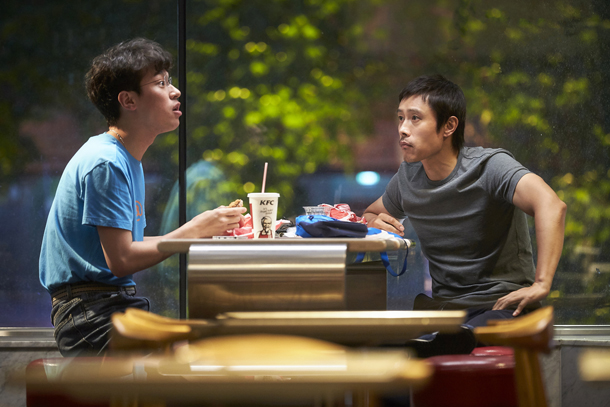 The heartwarming comedy “Keys to the Heart” climbed up the box office ladder to clinch the top spot in its second weekend. [CJ ENTERTAINMENT]

From Friday to Sunday, “Keys to the Heart,” about the relationship between a temperamental washed-up boxer (Lee) and his younger brother (Park) who has a savant syndrome with an exceptional talent in playing the piano, sold 673,000 tickets at 956 screens, adding to its total of 1.98 million admissions since its release on Jan. 17. The film has so far taken in 16.2 billion won ($14.5 million).

Up another spot was Disney-Pixar’s “Coco,” which arrived in the second spot in its third weekend. The heartwarming adventure animation, a bouncy and emotional story about family and forgiveness with a tribute to Mexico’s vibrant folklore tradition, sold 483,000 tickets over the weekend at 1,026 screens. With a total of 2.6 million tickets sold, the visually spell-binding film from “Toy Story 3” (2010) director Lee Unkirch, has so far earned 20.3 billion won since it landed in local theaters on Jan. 11.

The finale of the action-packed “Maze Runner” trilogy, starring Dylan O’Brien, Thomas Brodie-Sangster and Ki Hong Lee, slipped two spots to come in at third, with 361,000 tickets sold, while the fantasy drama “Along With the Gods: The Two Worlds” followed with 230,000 admissions.

The webtoon-based “Along With the Gods” has become the third best-selling movie ever in Korea as of last weekend, coming in behind 2014’s period epic “Roaring Currents” (17.61 million) and the 2014 drama “Ode to My Father” (14.26 million), with almost 14 million tickets sold in its sixth weekend.

“1987: When the Day Comes,” about the pro-democracy movement in the landmark year, rounded out the top five while two newly arrived films - “The Commuter” and “The Discloser” - debuted at sixth and seventh, respectively.

“The Commuter” revolves around an ex-cop turned insurance salesman (Neeson) solving a mystery on a commuter train, while “The Discloser” is a tale of a military whistle-blower and his struggles to maintain moral integrity.