Yun Sung-bin is ready to slide

Yun Sung-bin is ready to slide 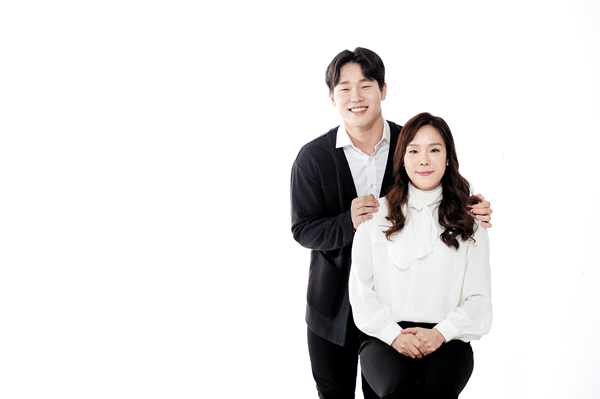 A photo of Yun Sung-bin, left, and his mother, Cho Young-hee. [P&G]

Racing down a 1,335-meter (4,117-foot) slide in his final year of high school, skeleton racer Yun Sung-bin cried as he experienced his first ride down the track in Park City, Utah. He felt helpless as he picked up speed in his first international competition.

That evening he phoned home from the locker room. His mother, Cho Young-hee, recalls how surprised she was when her son, who never seemed to display his true feelings even through adversity, called with such uncertainty.

“Think it over one more time and then decide on what you truly want to do,” she advised Yun. “I will always respect your decision.”

Ultimately Yun decided to have another go on the track, launching his skeleton career. With less than 10 days remaining before the 2018 PyeongChang Winter Olympics, Yun has a good chance of becoming the first Korean to win gold in the men’s skeleton race. Having reached the No. 1 spot after only seven years of competing, Yun hopes to top the podium in Pyeongchang this year.

“I can’t forget the time he became the world No.1,” said Cho. “I know Sung-bin won’t be satisfied. I believe that he’ll have a successful Olympics without getting hurt or leaving any regrets.”

Yun was born on May 23, 1994 in Namhae County, South Gyeongsang, where the sandy beach, not the snowy slopes, was always available for him to play on. He became the talk of the town with his talent for playing football in elementary school.

Childhood photos of Yun Sung-bin, who is hoping to win Korea’s first gold medal in a sliding event at the 2018 PyeongChang Winter Olympics. [P&G, ALL THAT SPORTS]

Though Yun’s elementary school didn’t have a football team, Yun was selected for the county team. Not only that, in third grade Yun competed at a local track and field event, representing the county, and won the high jump and short distance races. Yun’s athletic talent may have been influenced by his parents, as his dad played volleyball and his mom played table tennis.

“In any athletic competition he competed in, he always won,” Cho said. “He even got offers from different schools’ football clubs. But to allow him to play sports, we had a hard time and there wasn’t any certainty in his future.”

In eighth grade Yun’s family moved to Seoul and he struggled to adjust to the new environment. Once again, it was sports that allowed Yun to make a name for himself.

“In ninth grade, Sung-bin told me he wanted to go to a sports university,” Cho said. “To get into a sports university, he applied to sports high schools, but failed in the practical test. Rather than getting discouraged, that’s when his dream of becoming an athlete grew. Sports also allowed him to get along with others easier and be brighter.”

Instead of a sports high school, Yun attended Sillim High School and played for the club basketball team. In his final year in high school, Yun’s physical education teacher, now a director on the board of the Korean Skeleton Bobsleigh Federation (KBSF), suggested he try skeleton. The KBSF needed a skeleton racer and Yun’s speed and height of 1.78 meters grabbed their attention.

“At first he asked if I knew about skeleton, and he told me it’s a sport where you race down the track wearing a helmet,” Cho said. “His goal was to attend a sport university and his teacher recommended it, but I did ask myself why I had to make him do that.”

When Yun first told his mother about skeleton, she was strongly against it. Since the sport seemed a lot more dangerous than it sounded when Cho looked it up on the internet, she was even more against the idea of having Yun become a skeleton racer.

“Once his teacher told me that it’ll have a greater meaning if he tries something that the others don’t, I trusted my son,” Cho added.

It was a completely new sport for Yun, but he consistently trained and slowly made his way to the top. Only a year and a half after starting skeleton, Yun competed at the Sochi Winter Olympics, finishing 16th. Though it wasn’t a bad finish, considering he had less than two years experience in the sport, Yun’s pride seemed hurt, as he was used to winning.

Watching Yun through all this time, Cho said she learned a lot from her son.

“Before he was just my son, but he now represents the country,” Cho said. “Through mature Sung-bin, I feel like I’m getting more mature.”