Storytelling through grand works of art : A series by contemporary artist Cho Duck-hyun depicts Shanghai life in the 1930s

Storytelling through grand works of art : A series by contemporary artist Cho Duck-hyun depicts Shanghai life in the 1930s 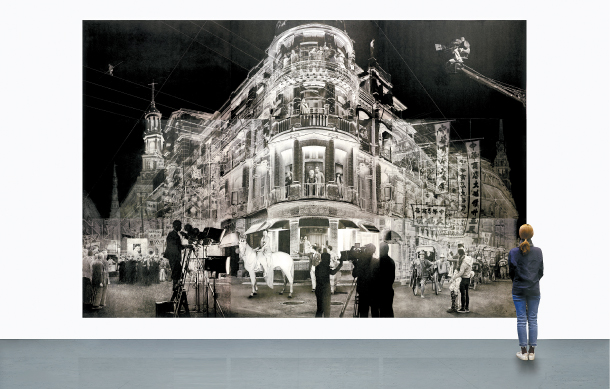 A gallery worker takes in artist Cho Duck-hyun’s spectacular piece he created with pencil at the PKM Gallery in central Seoul. It is part of his solo show “Epic Shanghai.” [PKM GALLERY]


Some people prefer classic paintings to modern art because they are attracted to the literary narratives of the paintings, while some advocates of modern art such as the famous American art critic Clement Greenberg criticize many premodern art pieces for being subordinate to literature.

Contemporary Korean artist Cho Duck-hyun revives and transforms the tradition of story-telling paintings at his solo show “Epic Shanghai” which is currently being held at the PKM Gallery in central Seoul. The 60-year-old artist is well known for installation works made up of realistic paintings that deal with history from an individual’s point of view.

“I was thinking about creating a series of art pieces that tells a story about a fictional character, just like a movie or novel does,” Cho told the Korea JoongAng Daily during his 2015 solo exhibition at Ilmin Museum of Art in central Seoul. 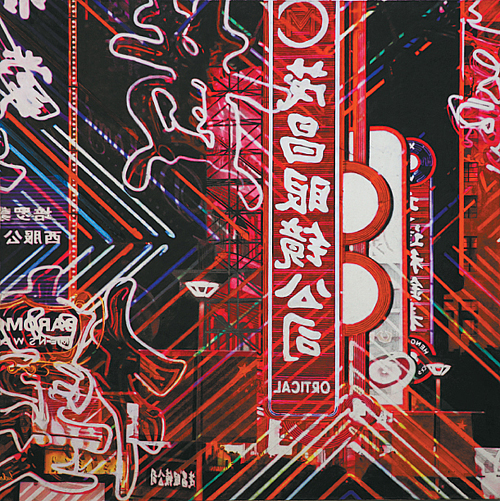 The show at Ilmin was part one, and the ongoing exhibition at PKM is part two of Cho’s project about “Cho Duck-hyun” - not the artist himself, but a fictional character with the same name. The fictional Cho is an unsuccessful actor, who was born in 1914 and died alone in 1995.

The exhibition features 18 new works by the artist, including paintings, photographs and a video installation. Most of them depict scenes of so-called Old Shanghai in the 1930s, where the fictional Cho struggled to make his way as an actor and movie stars such as legendary silent film actress Ruan Lingyu were active.

Cho’s paintings include both fictional and real historical figures. Among the real movie stars are Kim Yeom (1910-1983), or Jin Yan, who went to Shanghai from Joseon (Korea’s name at the time) and was “maybe the first Hallyu [Korean wave of popular culture] movie star,” the artist said.

The highlights are two mega-sized pieces the artist created mainly with pencil, “1935” and “Gguum.” 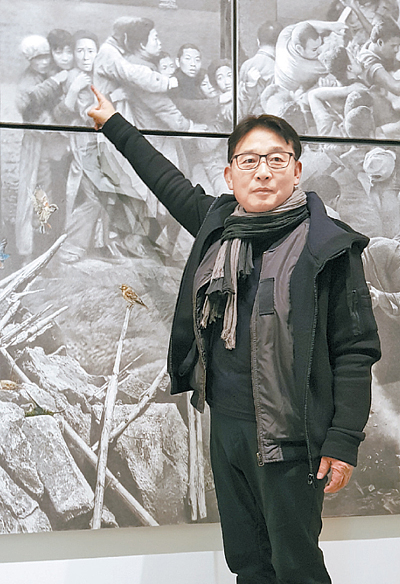 Artist Cho Duck-hyun points to the face of a fictional character who shares his name in his painting “Gguum.” [MOON SO-YOUNG]

The size of the art works, which depict human figures making dramatic gestures, may remind viewers of European Neoclassical and Romantic paintings.

“At that time, Shanghai was one of the five largest cities in the world and a place where China and the West converged and flourished, then perished futilely in a flash,” Cho told the reporters at the gallery earlier this month.

“Old Shanghai evokes a sense of nostalgia to the modern man. However, at the same time, Old Shanghai was a city of chaos and conflict between the East and the West, premodernity and modernity and colonization and decolonization. And our present reality might not be so different from Shanghai at that time.”

What may confuse viewers is that the face of the fictional Cho is modeled after real-life film actor Jo Deok-hyun, 50. It turns out that Jo is collaborator of this art project. Another collaborator is Mien Mien, a writer from Shanghai.

The exhibition runs through Feb. 20. The gallery is located near the Blue House. Go to Anguk Station, line No. 3, exit 1, and walk for 15 minutes. For details, visit www.pkmgallery.com.