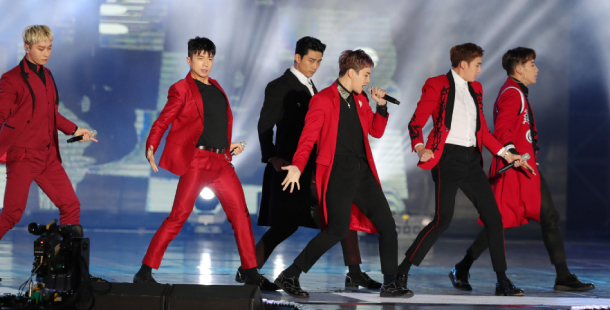 Each member of the boy band 2PM has renewed their contract with JYP Entertainment except for Taecyeon, who is currently serving his mandatory military duty, according to the agency on Wednesday.

The agency announced Wednesday, “Recently, the company has renewed the contracts of five of the group’s members - Jun.K. Wooyoung, Nichkhun, Chansung, Junho.” It added that Taecyeon’s contract will be discussed after he is discharged from the army. He began his military service in September 2017.

“The group’s members and [the company] think that 2PM will have to be together. The members promised to stay together after all of the members complete their military duties,” said the agency.