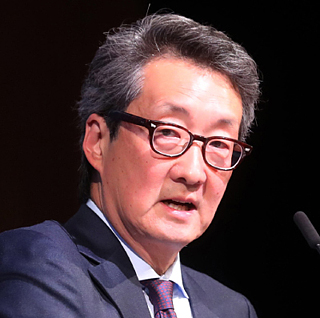 Victor Cha, a former White House National Security Council (NSC) official, is no longer being considered for the post of U.S. ambassador to South Korea, according to multiple sources, at least in part due to a split with the White House over North Korea policy.

Cha, the Korea chair at the Center for Strategic and International Studies (CSIS), was chosen last December as the White House’s next U.S. ambassador to Seoul, a post which has been vacant for a year.

Seoul quickly signed off on Cha, a Korean-American who served as a former director for Asian affairs at the NSC in the George W. Bush administration, after receiving notice from Washington and eagerly awaited his formal nomination in the U.S. Senate.

The Washington Post reported Tuesday that Cha expressed disagreement with the Donald Trump administration’s considerations of a limited military strike on North Korea and objected to its threats to terminate the bilateral free trade agreement with Seoul.

An official who spoke on the condition of anonymity to the newspaper said the White House has not yet nominated anyone else for the post and will do so when it finds an “appropriate candidate.”

It also reported, citing a person familiar with the nomination process, that a “red flag” was raised during a background check that led U.S. officials to determine that Cha could not serve in the post, without further elaborating.

The Financial Times reported that the White House stopped returning calls from Cha after he expressed concern in a December meeting about a plan to send a message to Pyongyang through a narrow military strike, citing two people familiar with the issue.

Cha reportedly was asked if he was prepared to help manage the evacuation of American citizens from South Korea, and Cha expressed reservations about any kind of military strike. The White House was said to have notified him over the weekend that his nomination would not proceed.

A White House NSC spokesman also confirmed with the JoongAng Ilbo Tuesday that Cha is “no longer the White House nominee.”

Cha was mentioned as a candidate for U.S. ambassador to South Korea as early as last June, but it took another half a year for Washington to seek his approval from Seoul in December. The United States requested approval of the new ambassador appointee from the South Korean government in a diplomatic protocol also known as agrement, which was quickly granted by Seoul in late December.

Cha had already undergone extensive vetting, including a security and financial background check, before his name was formally sent to Seoul for its approval.

There were hopes in Seoul that Cha could arrive in Korea in time for the PyeongChang Winter Olympics next week, which will be attended by U.S. Vice President Mike Pence.

The Korean Ministry of Foreign Affairs spokesman said in a statement Wednesday on the withdrawal of Cha’s nomination after Seoul had granted an agrement that it was a “matter for the U.S. government to explain.”

Cha also published an opinion piece in Washington Post Tuesday entitled, “Giving North Korea a ‘bloody nose’ carries a huge risk to Americans,” calling for a sustained and long-term strategy to deal with Pyongyang that does not involve a military strike.

In the article, Cha described the “real and unprecedented” threats of North Korea building an arsenal with multiple nuclear missiles that could threaten the U.S. homeland and blackmail Washington into abandoning its allies in Asia.

“But the answer is not, as some Trump administration officials have suggested, a preventive military strike,” he continued. “Instead, there is a forceful military option available that can address the threat without escalating into a war that would likely kill tens, if not hundreds, of thousands of Americans.”

He said that a military strike would “rather exacerbate” the threat of proliferation “turning what might be a North Korean moneymaking endeavor into a vengeful effort intended to equip other bad actors against us.”

Cha, also director of Asian studies at Georgetown University’s Walsh School of Foreign Service, acknowledged he is no longer up for the ambassadorial post, as he added, “When I was under consideration for a position in this administration, I shared some of these views.”

He went on to to advise the Trump administration to take an “alternative coercive strategy” that involves enhanced and sustained U.S. and global pressure on North Korea to denuclearize, which he said is “likely to deliver the same potential benefits as a limited strike, along with other advantages, without the self-destructive costs.”

This strategy includes strengthening the coalition of UN member states and the sanctions campaign; significantly bolstering alliances with Japan and South Korea with integrated missile defense, intelligence-sharing and anti-submarine warfare and strike capabilities; building a maritime coalition around North Korea; and continuing to prepare military options.

The post of U.S. ambassador to Seoul has been vacant for nearly a year since Mark Lippert, who served under the Barack Obama administration, stepped down in January last year. Trump ordered all political appointees to leave their ambassador posts ahead of his inauguration on Jan. 20, 2017.

Marc Knapper, charge d’affaires at the U.S. Embassy in Seoul, has been serving as acting ambassador since.

Cha, if appointed, would have become the second Korean-American to become top envoy to Seoul after Sung Kim, who served as U.S. ambassador to Korea from 2011 to 2014 under the Obama administration.

U.S. experts have been weighing the implication of the withdrawal of Cha’s nomination and what it could mean for White House strategy on Pyongyang.

Tom Wright, a senior foreign policy fellow at the Brookings Institution, called Cha’s op-ed piece “Absolutely stunning” in a tweet Wednesday. “Victor Cha writes an oped laying out his disagreement with Trump on preventive war. All but confirms his nomination was withdrawn b/c of his views.”

He said in another tweet that he had thought for months that the Trump administration was “bluffing on a preventive strike against” North Korea but that “the news about Victor Cha no longer being nominated is the type of costly signaling that convinces me I may have been wrong. They are seriously considering it.”