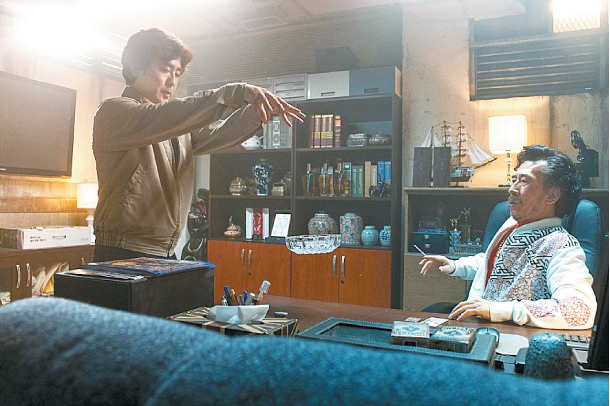 Seok-heon is an ordinary bank security guard struggling to make ends meet. One day, he wakes up to find that he had obtained the magical ability of psychokinesis after carelessly drinking from a random mineral spring, giving him the ability to move objects with his mind.

Thinking that his financial troubles are over, Seok-heon first has fun with his newly obtained powers, trying to earn money through hosting magic performances in various clubs. But, when he hears that his ex-wife had died and his only daughter Ru-mi is caught in a conflict between demolition workers in an urban renewal project and the building’s tenants, Seok-heon comes to the rescue and fends off the workers using his superpower.

However, the money-hungry conglomerates behind the urban renewal are not intimidated by Seok-heon’s superpowers and are willing to push the demolitions forward no matter the cost, even putting Ru-mi’s and other tenant’s lives in danger.

Veteran actors Ryu Seung-ryong and Shim Eun-kyung star as main characters. Both have starred in numerous hit films, such as “Miracle in Cell No. 7” (2012) and “Masquerade” (2012) for Ryu and “Fabricated City” (2017) for Shim.

The director Yeon Sang-ho is famous for his 2016’s zombie blockbuster “Train to Busan.”

Paranormal investigator Elise Rainier receives a phone call from a man named Ted Garza that he’s experiencing paranormal activity around his new home. It turns out that the home is actually Elise’s childhood home in New Mexico where she had accidentally set free a demon named Key Face. Wanting to make things right, she talks to her partners Specs and Tucker and they decide to take the job.

However, the demon has been doing things a lot worse than just causing trouble around the house. It has been taking control of the residents of the house, possessing them and feeding on their souls, with their fears and hatred making it more powerful. Elise and her team must face their worst fears to defeat the demon once and for all…

The film is the fourth in the Insidious franchise and second in terms of the series’ chronology. It stars Lin Shaye, Angus Sampson, Leigh Whannell, Spencer Locke, Caitlin Gerard and Bruce Davison. 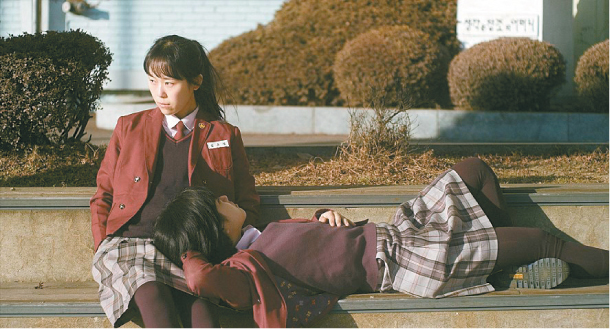 Mi-hee is in her 30s and has been preparing for the bar exam for the past 10 years. On top of that, her long-term boyfriend breaks up with her and she moves into a tiny flat, miserable and distraught. One day, she decides to follow a random high school student around and is led to the doorsteps of Sung-sook, a woman in her 40s, and begins to convince the woman that she is her best friend Yooyoung from high school, despite their age gap. Although Sung-sook knows that Mi-hee is a stranger to her, she allows Mi-hee into her life and a close friendship blooms between the two unconventional women.

The film switches between the past and present. It shows the women’s high school days and how those days have affected their present attitudes and surroundings.

“When I saw you at the dig, and then on the train, I just knew I would see you again at the cafe.”

In the beautiful city of Portugal, Porto, a young man and woman are instantly attracted to each other after a glimpse of each other at an archeological dig where the beautiful French girl Mati was working, and then again on a train, and finally at a cafe. Jake, a thin American with a receding hairline and rather birdlike, puttering movements, sits down at the cafe without ordering anything. He then suddenly gets up and musters the courage to ask Mati out. She seemed to have been waiting for Jake as she smiles knowingly. She holds out her hand and introduces herself.

However, their passionate one-night stand doesn’t turn into anything more. While they believe their meetings were meant to be, Mati has other obligations which make the two of them go their separate ways.

Actors Anton Yelchin and Lucie Lucas feature as the main characters. The late Anton Yelchin is best known for his role as Pavel Chekov in three Star Trek films.

Fifteen days after the entire world witnesses 9/11, Captain Mitch Nelson leads his U.S. Special Forces team into Afghanistan to fight the Taliban, leaving behind his beloved family with a promise to come back from what seems to be an impossible mission.

To take down the Taliban, whose forces number up to 50,000, the team strikes up a precarious partnership with the Northern Alliance. Even so, the numbers are still against them, but Nelson is determined to bring his team safely back home no matter the cost. 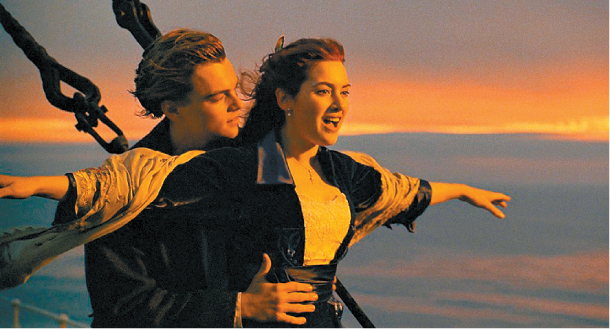 One of the most beloved classics will be on screen again. The film is based on the tragic voyage of the R.M.S. Titanic, which was paraded as the largest moving object ever built and was once known as the “ship of dreams,” with every adult and child wishing to go aboard. However, the ship collided with an iceberg on its first voyage, leading to the ship’s doom and killing more than 1,500 out of 2,224 passengers in the early hours of April 15, 1912.

Although one may presume the ending of the film after knowing the true story, the epic romance between the poor, adventurous artist Jack Dawson and rich, beautiful girl Rose DeWitt Bukater earned sympathy from people worldwide and led to the fame of the two actors who starred in the film, Leonardo DiCaprio and Kate Winslet. It is also one of many famous works by the director James Cameron, who directed other box office films such as the “Terminator” series (1984, 1991) and “Avatar” (2009).

“17 million dollars, or they will take his eye, his ear, his hand. And don’t tell me you don’t have the money.”

Based on the famous true story of the Getty Kidnapping, the grandson of the richest man in the world gets kidnapped. The ransom is $17 million, and while the whole world holds its breath for negotiations regarding the price of Paul Getty III’s life, the grandfather announces that he refuses to give up even one cent of the money.

Desperate, Paul’s mother Gail tries to persuade the grandfather but fails. As the threats become more brutal, Getty’s adviser Fletcher Chase and Gail become allies in the race against time to save her son.

The film stars many veteran actors, such as Christopher Plummer, Michelle Williams, and Mark Wahlberg. 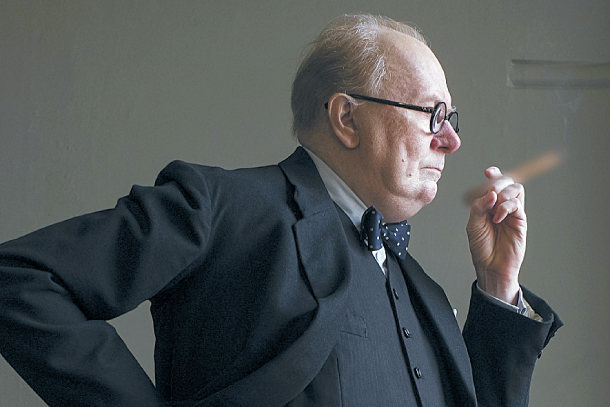 Inspired by a true story, this film begins with the grim age when Europe is heading towards another World War. The burden of his nation’s fate lies heavily on the shoulders of the soon-to-be Prime Minister of Great Britain, Winston Churchill. However, conflict begins to grow within Britain after Churchill refuses to negotiate for peace while the rest of his party strongly disagrees with him, thinking that it will be impossible to defeat the Nazis.

Churchill, in his darkest hour, must decide if he will stand firm and fight for his ideals and beliefs or give in to Germany. If he chooses to fight, he must guide the nation to war against incredible odds.