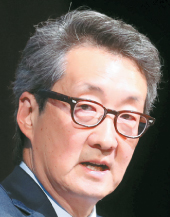 Following ex-White House official Victor Cha’s warning against Washington taking a “bloody nose” strategy on North Korea, U.S. lawmakers and experts have been speaking out against such a preventive military strike.

Cha, a former National Security Council(NSC) Asia affairs director who was revealed on Tuesday to no longer be under consideration for U.S. ambassador to Seoul, was said to have clashed with the White House over its consideration of a limited military strike on North Korea, a contentious issue that has even split top NSC advisers.

“The bloody-nose strike contemplated by the Trump administration could lead to a catastrophic loss of life,” Sen. Edward J. Markey, a Massachusetts Democrat and member of the Senate Foreign Relations Committee’s East Asia Subcommittee, said in a statement Wednesday, emphasizing that there is “no military solution.”

He also called on U.S. President Donald Trump and Secretary of State Rex Tillerson “to get serious about halting North Korea’s destabilizing nuclear and ballistic missile programs by engaging in a credible and direct diplomatic campaign, combined with strict sanctions that bring North Korea to the negotiating table.”

Cha, the Korea chair at the Center for Strategic and International Studies (CSIS) and a professor at Georgetown University’s Walsh School of Foreign Service, was named the nominee to be the next U.S. ambassador to Seoul last December, a post that has been vacant for a year, ever since Trump took office. Korea signed off on Cha that same month, but a formal nomination by the Senate never came.

Democratic Sen. Tammy Duckworth of Illinois said in a statement to media that if Washington “truly reached a point where opposing unprovoked armed conflict is a disqualifier from serving as ambassador, a role literally intended to prevent war.?.?.then this represents a troubling development and a setback for diplomacy.”

Former Secretary of Defense Chuck Hagel likewise told Defense News Wednesday that any sort of attack on North Korea, made on the assumption that North Korean leader Kim Jong-un would not retaliate, is “a pretty big gamble,” and one that he would not be willing to take. “Let’s cut the nonsense and bravado,” Hagel was quoted as saying, “and let’s get busy and start following what the South Koreans are doing in finding openings with the North. Engagement is not surrender or appeasement.”

Such a preventive military strike, which could take out key North Korean nuclear and missile facilities, could be considered a warning to Kim, but there is no guarantee that the situation would not rapidly escalate to a full-blown war.

It was reported that Cha expressed reservations when asked if he was prepared for a potential evacuation of American civilians from the peninsula in the case of such a surgical strike.

CNN reported that the prospect of a “bloody nose” strike against North Korea has split the Trump administration’s senior national security officials, with Gen. John Dunford, chairman of the U.S. Joint Chiefs of Staff, Defense Secretary Jim Mattis and State Secretary Rex Tillerson having expressed concern about the prospect.

Sources also told CNN that Cha’s op-ed in the Washington Post, warning against a “bloody nose” approach, was meant as a direct message to advocates of a possible strike inside the NSC, such as National Security Adviser H.R. McMaster. “After the related reports yesterday,” said Korean Ministry of Foreign Affairs spokesman Noh Kyu-duk in a press briefing Thursday, “the United States side sought our understanding through diplomatic channels, saying that they intended on having a U.S. ambassador take the post before the PyeongChang Winter Olympics but were not able to do so. They also sought our understanding that such a situation was reported about in media before proper consultation with the Korean side.”

He went on to call media reports about why Cha’s nomination was withdrawn merely “speculative,” but added, “One thing that is sure is that there is no difference in our stance between South Korea and the United States on North Korea policy, and the two sides are closely coordinating and cooperating on this.” The two sides, he added, plan to continue to cooperate to post a new U.S. ambassador in Seoul.

Noh also said that the Korean government holds in regard Trump’s State of the Union address, which he said demonstrates the United States’ “strong determination for the resolution of the North Korea nuclear issue” and that to this end, the two countries will make “all available diplomatic efforts, including sanctions and pressure.”