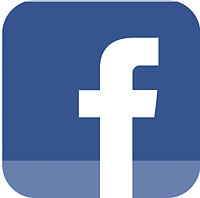 Here’s a simple quiz. Three people are served Korean barbecued beef, sliced raw fish and stir-fried vegetables and asked to rate the foods. But two of the diners are picky: one only eats meat and the other prefers fish. Can you tell what is really “tasty” by putting together their ratings?

Well, you cannot trust the rating since each diner reviewed based on his or her preference, regardless of the actual taste of the food. Last month, the world’s largest social media Facebook announced that it would select “trustworthy” media through a survey, and it became a controversy for the same reason.

Media around the world criticized Facebook for the decision, arguing that politics could affect the assessment. The criticism intensified when the survey questions were released a few days later. It asks only two questions: “Do you recognize the following website?” and “How much do you trust this site?”

As someone who creates digital content, I have a different view. Does Facebook really think that two simple questions can determine which media to trust? Perhaps, we are missing something.

Facebook has 2 billion users around the world, and half of social media users get their news from Facebook in Korea, according to the 2017 Media Users Awareness Survey published by the Korea Press Foundation. Facebook has the data of all the users, what news they “like” and which ones they share.

Facebook is only asking two questions not because they are stupid but because they are too smart and already know answers to many other questions. Facebook’s head of news feed Adam Mosseri responded on Twitter that “broadly trusted” means “trusted by people with a wide range of reading habits — so trusted by many different types of people.”

So in the quiz, the surveyor already knows the habits of the reviewers, who are picky and who are not.

Then the agony is on the media’s side. Which media outlets, domestic and international, have user databases as good as Facebook?

Perhaps, the media called out Facebook for measuring trustworthiness without understanding their readers. It may be better to ask Facebook to provide the data and survey results for each news outlet. Criticism is easy, but it is more important to be fair.

*The author is the head of the Digital Content Lab.