Standing on the sidelines

Standing on the sidelines 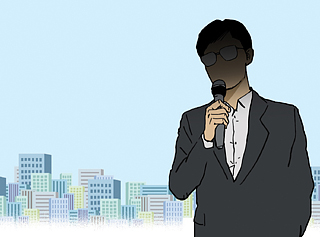 I went to the world’s biggest consumer extravaganza — CES 2018 in Las Vegas and Shenzhen, Guangdong province, which is groomed as the Chinese version of Silicon Valley — last month. It was an awe-inspiring experience to witness the latest innovations: self-driving cars, drones, and robots with artificial intelligence. But what impressed me more than the newest gadgets was the ubiquitous presence of China. Except for well-known names like Google and Sony, almost every corner of the exhibition halls had a Chinese ad. Names like Huawei, Haier, TCL, ZTE and Hisense may not be as familiar to Americans as Sony or Samsung, but they have become behemoths in the global corporate community and filled the walls with glitzy ads.

Not just the big names, but over 1,300 start-ups as well as small retailers of innovative smartphone cases and batteries from China took up the dominant space at the Las Vegas event. Many of the small players paid their own way to install a booth in search of opportunities to branch out.

Chinese characters were as prevalent as English. Chinese companies introduced themselves not only in English but in their own language. They contrasted with the Korea Inc. booths whose displays were entirely in English. It was as if they were saying that global consumers should learn Chinese if they are interested in their products.

There were not just manufacturers. Internet players like Alibaba and Baidu set up booths to market their platforms. They appealed to autonomous vehicle and Internet of Things makers to choose their platforms over better known Google and Amazon. Few would opt for a Chinese name over them for now, but we cannot know what will happen in five years time. China has emerged as a formidable challenge to the United States’ technology hegemony.

Shenzhen is fast transforming into a smart city. Public transportation has been entirely replaced with electric buses, and big data fed by technology companies Huawei and Tencent back traffic and public policies of the municipality. The four inventions — bullet trains, AliPay, shared bikes, and e-commerce — have completely changed the lifestyles of Chinese people.

Chinese people no longer carry cash or credit cards for payment as smartphone pay has become the new norm.

People can jump on a bike at every street corner. There are few things that cannot be bought online. High-speed railway has made the immense mainland closer and invigorated economic activities. Because of vigorous corporate activities, investment and hiring flourish. Talent flocks to China. With greater business opportunities, many people start businesses. The best-possible benign economic cycle is in the works across China. People are confident and have full confidence in the government.

I watched the annual World Economic Forum held in Davos, Switzerland, from the internet. There too, China’s presence was evident. The Davos forum is where leaders from around the world discuss various issues and speak on their national or corporate agendas.

Beijing used the venue to pitch its ambitious, trillion-dollar One Belt, One Road initiative. Countries lined up to attract Chinese capital for their infrastructure projects. Chinese President Xi Jinping, who attended last year’s event, instead sent his right-hand man Liu He, who is in charge of designing China’s economic reform for the next five years, to this year’s event. The session room where he expounded on Beijing’s economic initiative and policies was packed. E-commerce stars — Alibaba founder and executive chairman Jack Ma and JD.com founder and chairman Liu Qiangdong — sat for Q&A sessions.

They conversed in Chinese delivered through simultaneous translation. The Chinese were central at Davos this year, not the usual Americans. The CES and Davos forums are typical examples showing how the Chinese were making new business opportunities and expanding their footprint in the global community.

Koreans do not make the central stage at international events like CES and Davos. They are mostly in the audience. Few governments and business leaders go up to the podium to speak their thoughts and insights. This explains why Korea still stands at the sidelines of the global economic and diplomatic battlefield.

*The author is the managing director of Startup Alliance Korea.