Return of the specter

Return of the specter 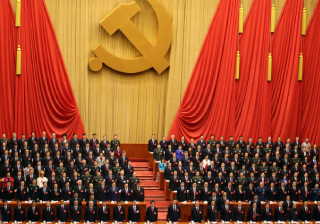 Feb. 21 is the 170th anniversary of the publication of “The Communist Manifesto.” The Chinese Communist Party’s official newspaper, the People’s Daily, has named it one of the most important dates of 2018. Just as the “specter of communism” haunted Europe nearly two centuries ago, the specter of “the elimination of private property” is now hovering over China.

A professor at Renmin University, Zhou Xincheng, started the controversy. In the party’s political theory journal, Qiushi, Zhou wrote, “Communists can sum up their theory in one sentence: eliminate private ownership. Property rights were determined not by the advanced production relationship aligned with human instincts but by outdated productivity, and private properties should be abolished as productivity grows.”

Steven N.S. Cheung, a professor of economics at the University of Hong Kong, refuted Zhou’s claim. He said the word “private” unfortunately has negative connotations in China, adding that he could not support or oppose the private ownership that Zhou advocates abolishing because he does not understand what it means. He hopes Zhou did not oppose the clear definition of rights and the principle of market prices determining competition. His counterargument leaves lingering feelings.

Hu Xijin, editor in chief of the Global Times, a state-run mouthpiece, also expressed concerns. He wrote on social media that as popular start-ups obtain legal assets and become the key engines of China’s emergence, abolishing private ownership could hinder the belief that private property is protected by the law.

Netizens have mostly argued that Zhou should give up his own assets before advocating the abolition of private property. But China’s Constitution stipulates that “the basis of the socialist economic system of the People’s Republic of China is socialist public ownership of the means of production.” Zhou concluded that China must not forget its original mission of realizing communism.

What matters is the leadership’s response. As the first official event of his second term, President Xi Jinping visited the birthplace of the Chinese Communist Party in Shanghai. The slogan, “Let’s not forget the founding spirit and remember the mission” is spreading across China.

China is celebrating the 40th anniversary of its opening to the world. It is demanding the United States and European Union recognize its status as a market economy. But the controversy around private ownership, which is more primitive than the socialism-capitalism discord in the 1980s, has been revived. Xi Jinping Thought is awakening the old “China risk” that Deng Xiaoping’s theories had put to sleep.