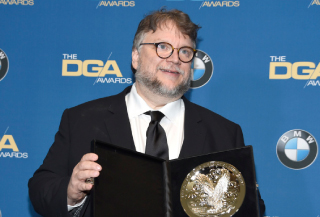 BEVERLY HILLS, California - Guillermo del Toro has won the feature film award from the Directors Guild for “The Shape of Water.”

The Directors Guild Awards held Saturday night at a ceremony in Beverly Hills are a reliable predictor of who will go on to win the directing Oscar.

Del Toro was up against Greta Gerwig, Christopher Nolan, Martin McDonagh and Jordan Peele for the top prize. Peele won the first-time feature film award for “Get Out.”

Other winners Saturday include Matthew Heineman for the documentary “City of Ghosts,” Jean-Marc Vallee for “Big Little Lies,” Reed Morano for “The Handmaid’s Tale” and Glenn Weiss for directing the 89th Academy Awards.