Trump and the stock market

Trump and the stock market 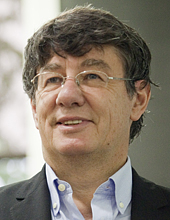 Predicting the stock market consequences of an unprecedented political event such as the election of Donald Trump is difficult, something that even Nobel Prize winners such Paul Krugman will recognize.

When on election night, stock index futures collapsed, Krugman predicted that markets will never recover. Fortunately, he was wrong: since the election of Donald Trump, the S&P 500 rose by about 30 percent, adding $7 trillion to the market value of U.S. stocks, an unprecedented increase.

As approximately 50 percent of U.S. citizens own stocks directly or indirectly, these gains did not all go to the top 1 percent. Donald Trump has taken credit for this rise, which has displeased many of his opponents who have come up with alternative explanations.

For example, The Economist claims that “he has been lucky in his inheritance. The market has been up 25 percent since his election but it’s up by 195 percent since 2009”This “surfing on past returns” explanation seems to have been adopted by other financial newspapers, although I am not aware of any theory that predicts that high abnormal returns in the previous eight years predict a high abnormal return in year nine.

Other explanations are that “Trump has benefited from a global economic surge that lifted confidence” suggesting that even without Trump, the stock market would have risen a lot. Robert Shiller explains the relatively good performance of the U.S. markets by the popularity of share buybacks, thereby citing our previous work on buybacks around the world. But here again Trump’s decision to encourage companies to bring back cash held overseas could be helpful, as presumably a large chunk of this cash will be returned to investors via share buybacks.

Correlation does not mean causality. So, we need a “theory” to explain why the anticipation of Trump’s policies should have increased stock prices by 30 percent. Trump’s two major policy initiatives have been deregulation and reducing corporate taxes.

While both policies should be good for shareholders, there is no obvious way to estimate the benefits from deregulation on stock prices. However, the benefits from the reduction of corporate taxes could potentially be estimated with some relatively simple back of the envelope calculations.

Assume a company earns $1 per share before taxes and that its cost of equity is 7 percent and its perpetual growth rate in earnings is 2 percent. 7 percent is a reasonable number considering a risk-free rate of 2 percent and a market risk premium of 5 percent.

A two percent long term growth rate seems also a reasonable assumption for an average company. With a tax rate of 35 percent, the company will earn 65 cents after taxes. Under these assumptions the stock price should be 0.65/(0.07-0.02) which is equal to $13, which corresponds to a P/E ratio of 20. If the corporate tax rate falls to 21 percent, the company will earn 79 cents.

If the cost of equity and the growth rate remain the same the stock price should rise to $15.8 an increase of 21.5 percent, again corresponding to a P/E ratio of 20. Now it is true that not every company has a 35 percent effective tax rate so this 21.5 percent gain overestimates the actual tax benefits for the market as a whole. But it is also true that the effective tax rate can be brought down below 21 percent for firms that make major capital expenditures, as under the new tax law these expenditures can be expensed for tax purposes.

My calculations ignore also that earnings growth may increase as a result to the Trump measures. If long term growth rates would increase from 2 percent to 2.5 percent the stock would rise further to $ 17.6, which would then mean that stock prices should have risen by 35 percent, which is close to what have observed last year. While these calculations prove nothing, they at least show that a 30 percent increase in stock prices after the Trump election may well be plausible and are not a symptom of a bubble.

A more direct proof that the stock market incorporates the expected benefits from Trump policies was provided by the unique experimental setting provided by Brian Ross, an ABC journalist who on Dec. 1, 2017 spread the (fake) news that Trump had asked Michael Flynn to contact Russia before the election.

This led to a fall of 350 points in the Dow, a drop which afterwards was reversed when ABC corrected the error. Indeed, Trump had asked Flynn to contact Russia after the election, something that should not be highly unusual for an incoming national security adviser.

If the contact had been made before the election it would fuel the Trump-Russia conspiracy theory, possibly leading to impeachment. What this experiment proved is that equity investors want Donald Trump to stay in power, which should not be surprising as the market tends to like politicians who cut taxes and regulation.

*The author is a professor of finance at INSEAD.