‘Psychokinesis’ powers ahead of the competition

‘Psychokinesis’ powers ahead of the competition 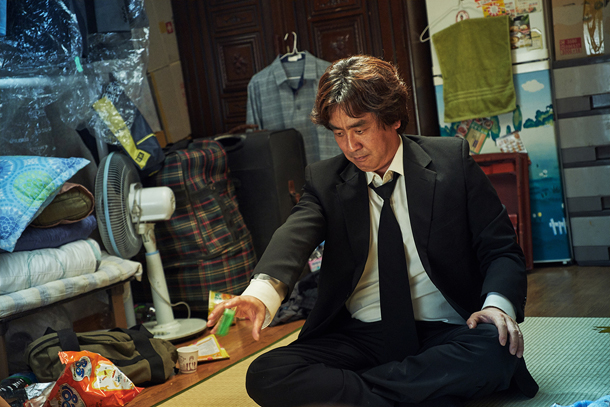 Despite negative reviews, “Psychokinesis” debuted atop Korea’s weekend box office while other new releases, including “12 Strong” and “All the Money in the World,” failed to make a strong impact during their first weekend.

Yeon Sang-ho’s fantasy comedy, his first release since the 2016 hit “Train to Busan,” revolves around a father (Ryu Seung-ryong) who gains the power of psychokinesis. He uses his power to save his daughter (Shim Eun-kyung) from demolition workers trying to push tenants out of their buildings for an urban renewal project. The film sold 470,000 tickets at 1,051 screens in its first weekend. Since its release on Wednesday, the film has sold a total of 850,000 admissions, making a total of 6.4 billion won ($5.8 million).

Closely behind was last weekend’s box office winner “Keys to the Heart.” The comedy drama led by Lee Byung-hun and Park Jung-min is about a washed-up boxer and his younger brother who is a musical savant. The film sold 441,000 tickets at 863 screens from Friday to Sunday, bringing its total ticket sales to $2.8 million. The next best performing film last weekend was “Coco.” The animation sold 277,000 tickets, pushing its total ticket sales past the 3 million mark.

The fourth part of the “Insidious” franchise, “Insidious: The Last Key,” a film about a paranormal investigator, arrived at fourth with 210,000 tickets sold. Fantasy drama “Along with the Gods: The Two Worlds” rounded out the top five in its seventh weekend with 125,000 admissions sold, adding to a total of 14.2 million. As of Sunday, it has become the third best-selling film ever in Korea after “Roaring Currents” (17.61 million) and “Ode to My Father” (14.26 million).