Olympic truce is not everything

Olympic truce is not everything 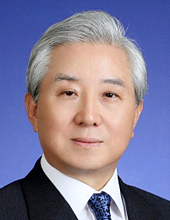 The Olympic truce was a temporary measure of laying down arms before and during the Olympic Games. In 1998, the International Olympic Committee (IOC) renewed the tradition by calling upon all nations to observe this truce during the modern Games.

Obviously, North Korean leader Kim Jong-un’s unexpected declaration in his New Year’s address that he would send athletes to the PyeongChang Olympics was not in answer to the IOC’s recommendation to observe the Olympic truce. Kim Jong-un is interested in President Moon’s proposal that Seoul ask Washington to postpone the annual South Korea-U.S. joint military exercise till the end of the Games if the North participates in the PyeongChang Games.

The reasons behind Kim’s decision to participate are quite clear.

First, Pyongyang, which boasts of having completed the development of both nuclear warheads and long-range missiles capable of delivering bombs to continental targets, can gain time to make final touches to its weapons plans.

Second, Pyongyang can stage a large scale peace offensive towards the Olympic audience worldwide by mobilizing a delegation of about 500, which includes a performance group, a cheering squad, a martial arts performance group and observers, to accompany athletes.

However, it cannot be denied, in light of the situation where North Korea has continued to stage military provocations by test firing long-range missiles, that there is a security problem in staging the Olympics in Pyeongchang, which is near the border with the North. There were countries that considered non-participation out of worries over the safety of their athletes. Thus, North Korea’s participation itself has contributed to making PyeongChang a success with the participation of the largest number of athletes from the largest number of countries.

But no peace comes without a price. North Korea’s propaganda organ, Rodong Sinmun, on Jan. 21 reported, “We have extended a helping hand to the Winter Olympic Games. Otherwise, it would have gone down in history as the most unpopular and the worst Games ever held.” Even before the Games open, they have started to give self-credit for their participation. Once the Games are over, they will certainly come up with demands for even bigger rewards. If they are not satisfied, they will threaten Seoul with nuclear weapons.

From the privileged position of being a nuclear power, Kim Jong-un now puts pressure on the South, a non-nuclear state, to stop annual joint drills with the U.S. permanently, reopen the Kaesong Industrial Complex, resume tourism projects at Mount Kumgang and withdraw sanctions against the North taken in compliance with UN resolutions. However, participation in the Olympic Games is one thing, and denuclearization is another. If the North takes no action towards denuclearization, the joint South Korea-U.S. military exercise should not be stopped, nor should a peace agreement with the North be signed.

The Rocket Man thinks he can bind the hands and feet of the United States and Japan by threatening, with his nuclear toys, the American military bases in Guam, Hawaii and Japan, which will assume the role of supporting U.S. Forces in South Korea in case of emergency. He thinks he will then be able to unify the peninsula single-handedly.

In history, there are precedents in which countries that pushed for a peace treaty to avoid a war become subjected to their rival. In the case of Vietnam, the Paris Peace Accords were signed first and then the U.S. forces withdrew. It was only one and half years after the U.S. troop withdrawal that Vietnam collapsed. There are many people who worry that many things in South Korea nowadays resemble those in Vietnam the night before its collapse.

Staging a military parade on an unprecedented scale in Pyongyang, on the eve of the Olympics, is a shameless act of using the Olympics for the propaganda of the North Korean regime and its leader Kim Jong-un. Flooding press reports and television coverage of the performances of the North Korean art troupe and cheering squad will overflow in the international press. It is possible that the reports on pretty North Korean performers and cheerleaders will change the image of North Korea — from a strange idiotic country of the Little Rocket Man, who threatens world peace with his nuclear toys, to a country of peace-loving pretty girls.

Due to President Moon’s audacious plan to make the Olympics an event for “peace and reconciliation,” there is the concern that it will be remembered as the Pyongyang Olympics instead of the PyeongChang Olympics. An even more worrisome situation will be created if President Moon tries to extend the Olympic truce for a prolonged period to cater to North Korea’s peace offensives. Then, public opinion will be divided, allies will be fractured, and the nation will be in the turmoil of an unprecedented crisis.

*The author, a former minister at the Korean Embassy in the United Kingdom, is a former visiting professor of media studies at Myongji University.