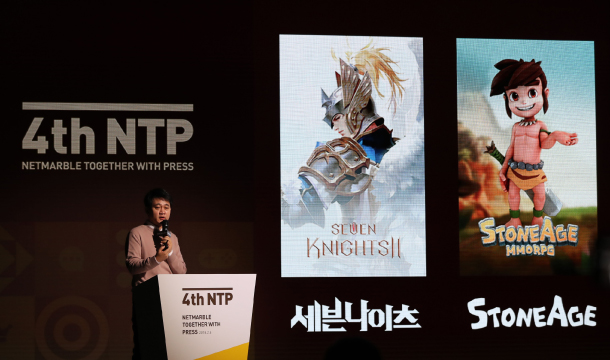 Bang Jun-hyuk, founder and chairman of Netmarble, announces that the country’s largest mobile gaming firm plans to develop more diverse game genres, including those using artificial intelligence, and expand the platform for future growth at the firm’s annual press day on Tuesday in western Seoul. The game developer raked in 54 percent of its revenue last year from markets abroad and became the world’s third-largest game publisher after Tencent and NetEase. [YONHAP]