Kim Gook-jin, Kang Susie to marry this May

Kim Gook-jin, Kang Susie to marry this May 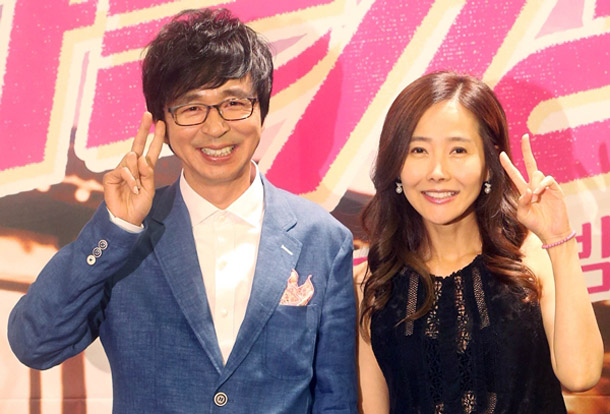 Comedian Kim Gook-jin, above left, and singer Kang Susie will tie the knot in May, the two said Tuesday while appearing on a TV show.

On the weekly romance reality show “Flaming Youth” on SBS, the comedian, 53, said the exact date hadn’t been determined yet and there won’t be a wedding ceremony.

Kang, 51, said she naturally believed she was going to marry him even though he hadn’t proposed to her. Kim would move into her house in May, she added. She has recently bought a new house, according to media reports.

The two started appearing on the program in March 2015 and soon developed romantic feelings toward each other. In August 2016, they admitted to dating.

Rumors recently surfaced that the two were discussing getting married soon.

Kim debuted as a comedian in 1991 and is one of the hosts of the popular talk show “Radio Star” on MBC. Kang was a hugely popular singer back in the 1990s.