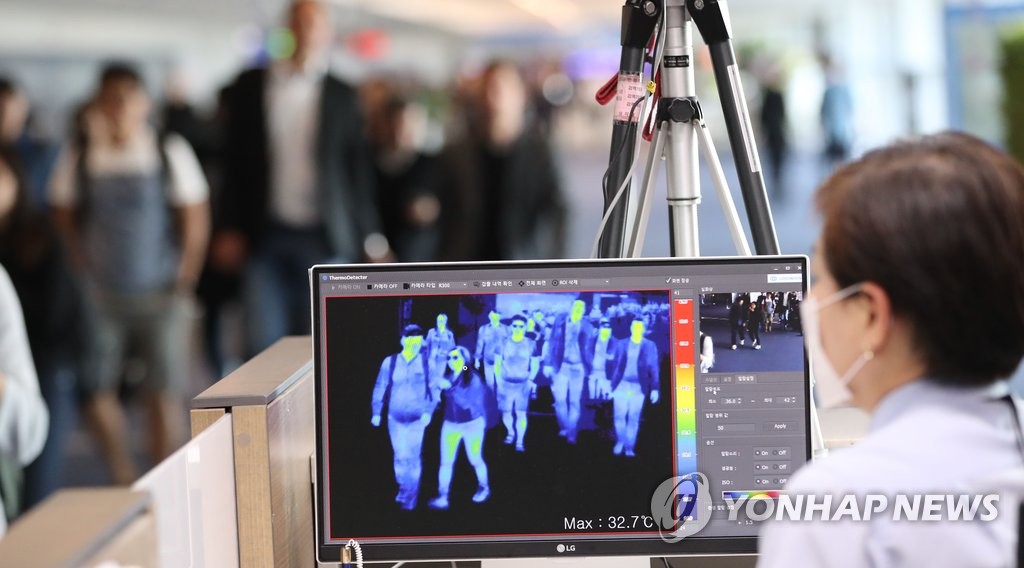 GANGNEUNG, Gangwon — The PyeongChang Olympic Organizing Committee is struggling to contain an outbreak of the highly contagious norovirus, which has infected 32 at Olympic venues as of Wednesday, just two days before the opening of the Games.

32 people were confirmed to having contracted the norovirus, which causes stomach pain, nausea, diarrhea and vomiting following an incubation period of up to 50 hours, putting the Olympic committee on high alert to prevent the virus from spreading into the athletes villages, where some 3,000 athletes and coaches from 92 nations will be settled for the next few weeks.

Of the 32 people infected, 21 are private security guards who were domiciled at the Odaesan Youth Center, 17 kilometers (10.5 miles) away from the PyeongChang Olympic Village.

“We have sequestered 1,025 people [also security guards] who stayed at that center and tested them for infection,” said an official from the Korea Centers for Disease Control and Prevention. “Of the total, 217 said they had symptoms like diarrhea. We are now awaiting test outcomes.”

The conditions of 21 infected people have improved and they are resting. Of the remaining 11, three are from foreign press crews of undisclosed nationalities. Whether the infected people are journalists or support staff was not disclosed. Five of the 11 are Korean support staff while another three are police guards. Where they worked or were domiciled had yet to be made public as of press time Wednesday.

“The authorities are now conducting an epidemiological probe to find possible co-relations among the 11 infected,” said the disease control center official.

While the 21 infected security guards are likely to have contracted the virus from physical contact with each other, since they were staying in the same place, it remains unclear as to where or how the 11 were infected.

The authorities reported that water used at Odaesan Youth Center showed no signs of contamination in an inspection conducted on Monday.

Three officials from the International Olympic Committee were also tested for the virus Wednesday after showing symptoms of the disease and were sequestered.

The virus can be spread via human contact or from contaminated foods and water and has an incubation period of between 10 and 50 hours.

Patients usually recover from the disease over time.

To replace the roughly 1,000 isolated private security guards, the government deployed nearly 900 soldiers, mostly conscripts, whose bases are in the Gangwon area. Since Monday, young men in military uniforms have been seen standing at security checkpoints in place of private security guards. Most of the private guards are college students making extra money.

At the Gangneung Olympic Village, a couple of soldiers who appeared to be in their early 20s stood by a security checkpoint leading to the athletes’ dining hall and village apartments, sometimes viewing members of North Korea’s delegation passing by. “It does feel a little awkward [seeing them walk by],” said one soldier. “We were told not to engage in conversation with them, though we are allowed to offer simple greetings.”

Local authorities said they will carry out water inspections with relevant government agencies throughout the Feb. 9-25 Winter Games and advised those in Olympic venues to wash their hands frequently and avoid raw dishes. The issue could become a full-blown crisis if the virus spreads into the athletes’ villages in Pyeongchang and Gangneung, where nearly 3,000 players are staying.

Reports of the virus added another headache for the Olympic organizing committee, which has faced criticism for poor treatment of volunteer workers, whose working conditions have been further aggravated by temperatures hovering around minus 10 degrees Celsius (14 degrees Fahrenheit) in the host cities. Over the past few days, many reports were published of volunteers who had to wait nearly an hour in the cold for transport to stadiums.