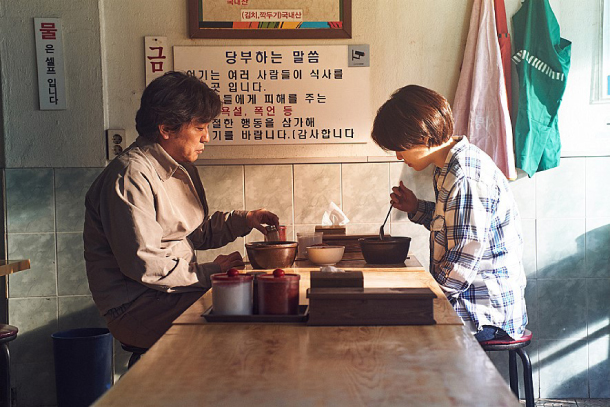 Seok-heon is an ordinary bank security guard struggling to make ends meet. One day, he wakes up to find that he obtained the magical ability of psychokinesis after carelessly drinking from a random mineral spring, giving him the ability to move objects with his mind.

Thinking his financial troubles are over, Seok-heon first has fun with his newly obtained powers by trying to earn money by hosting magic performances in various clubs. But when he hears his ex-wife had died and his only daughter Ru-mi is caught in a conflict between demolition workers in an urban renewal project and the building’s tenants, Seok-heon comes to the rescue and fends off the workers using his superpower.

However, the money-hungry conglomerates behind the urban renewal are not intimidated by Seok-heon’s superpowers and are willing to push the demolitions forward no matter the cost, even if it puts Ru-mi’s and other tenant’s lives in danger.

Veteran actors Ryu Seung-ryong and Shim Eun-kyung star as main characters. Both have starred in numerous hit films, such as “Miracle in Cell No. 7” (2012) and “Masquerade” (2012) for Ryu and “Fabricated City” (2017) for Shim.

The director Yeon Sang-ho is famous for his 2016’s zombie blockbuster “Train to Busan.”

Mi-hee is in her 30s and has been preparing for the bar exam for the past 10 years. On top of that, her long-term boyfriend breaks up with her and she moves into a tiny flat, miserable and distraught. One day, she decides to follow a random high school student around and is led to the doorstep of Sung-sook, a woman in her 40s, and begins to convince the woman she is her best friend Yooyoung from high school despite their age gap. Although Sung-sook knows that Mi-hee is a stranger to her, she allows Mi-hee into her life and a close friendship blooms between the unconventional women.

The film switches between the past and present. It shows the women’s high school days and how those days have affected their present attitudes and surroundings. 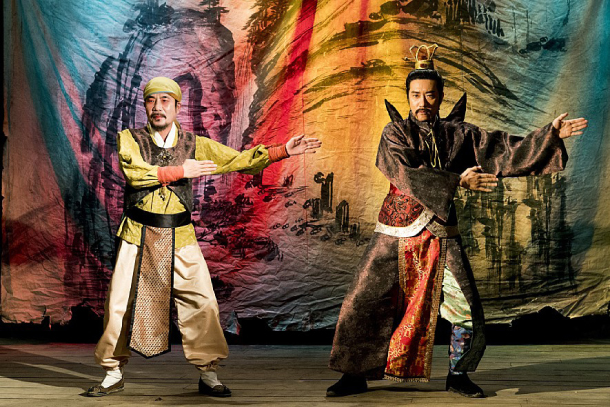 Two bite marks on the body’s neck, a single letter engraved in the arrowhead that pierced the dead man’s heart .?.?. It seemed like the culprit wanted to say something, but what?

During the Joseon Dynasty (1392-1910), when a series of murders occur repeatedly in which dead bodies are burned by a strange fire, detective Kim Min and his sidekick Seo Pil return again to solve the murder cases. Kim firmly believes that they are the works of a vampire, and while they investigate, they keep running into a mysterious woman at the crime scenes. She declares that she witnessed a body burning after the murder, and offers them help to catch the culprit only if they help her in return. After putting together bits of evidence the killer left behind, they find the next target, but their investigation keeps getting interrupted by assassins who put their lives in danger.

Despite the danger they face, the detective duo must catch the culprit and prevent the fifth murder from happening before the night of the full moon, when the power of the spirits and ghosts will be at its peak.

Veteran actors Kim Myung-min and Oh Dal-su star as the detective duo. Actor Kim Ji-won plays the main female role. This is the third of this series following “Detective K: Secret of the Lost Island” (2015).

After living three years in London, Paddington the bear prides himself as a Londoner who has perfectly adjusted to the city with help from the Brown family. For his Aunt Lucy’s 100th birthday present, he discovers a wonderful pop-up book at an antique store and becomes determined to collect enough money for it. He ambitiously starts a series of part-time jobs - barber’s apprentice, polishing windows, cleaning the aquarium - but he struggles to complete any of them without causing trouble.

Paddington becomes the sole witness of the pop-up book being stolen and gives it a good chase, but the thief disappears without a sight. Paddington is falsely accused as the thief and sentenced to 10 years in prison. In prison, he makes new friends while the Brown family tries to prove his innocence. Can they catch the real thief and make it in time for Aunt Lucy’s birthday celebration? 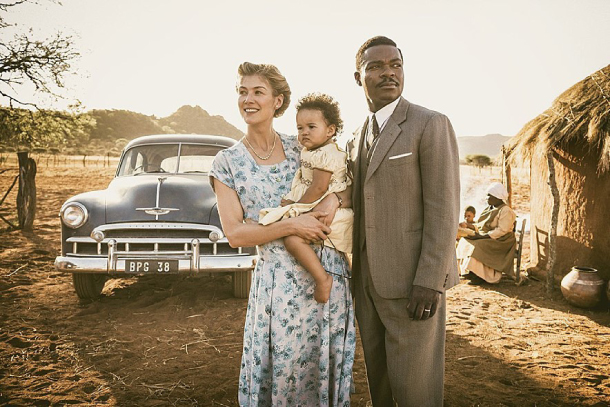 Two very different people meet at a dance party in London and fall in love at first sight. Seretse Khama is a king-to-be for his country Bechuanaland, who only came to London to study law after the end of the World War II, while Ruth Williams is a white woman from an ordinary British family. However, the entire world opposes against their marriage, fearing that it will hurt each country’s national interests. When Khama arrives in Bechuanaland with his new wife, his uncle the Regent pressures him to divorce her and marry a Bamangwato princess to secure the country’s fate. Khama rejects. But he and Ruth will have to convince the national leaders and win his people’s hearts if they want to stay together.

Based on the true story of the heir to the throne of Bechuanaland, Seretse Khama of the Bamangwato people, and Ruth Williams, the film describes a story of true love that goes beyond racism, prejudice and national interests and ultimately wins over them all.

“There are days when you wonder .?.?. what your role is in this country and what your future is in it.”

Based on the American novelist James Arthur “Jimmy” Baldwin’s unfinished 30-page manuscript “Remember This House,” this documentary film introduces questions about the civil rights of people of color by looking at the lives of the three leaders of the civil rights movement - Martin Luther King Jr., Malcolm X and Medgar Evers. Directed by Raoul Peck with narration by actor Samuel L. Jackson, the film centers on the three leaders’ murders and the distorted rights of people of color, showing how much more work we must do to achieve the liberty that people of color were never really given. 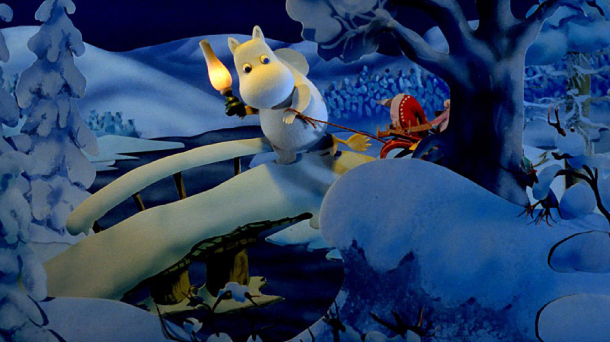 Moomins and the Winter

In the Moomin Valley, warm summer has ended and the cold winter has comfortably settled in. Instead of taking his winter slumber, Moomin this time decides to stay awake and experience the wondrous winter that he has heard so much about. However, he finds winter far from his liking when he finds out everything that he loves has been frozen - the chestnut trees, fruits and green leaves. Worst of all, winter had even taken away the part of nature he treasures most - the sun. After waiting a long time for the sun to come out, Moomin decides to look for the sun with his friend, Too-ticky, and along the way they discover a wonderful holiday called Christmas and its true meaning.

After preventing Doctor X’s evil schemes from coming true, Na-chan and his friends spend peaceful days together. Upon Dr. Franklin’s call, Na-chan, Isobel and Bandain go to his lab and are given the mission of finding the newly born mechanics who ran away. After tracking them, they are asked to tame the mechanics and train them for battle. The three each go on their separate journeys to find the missing mechanics using their radars. While Na-chan and Isobel find their mechanics and return home, they grow worried for Bandain, who does not return. However, Bandain one day suddenly reappears with a stormy face and demands a battle with Na-chan.