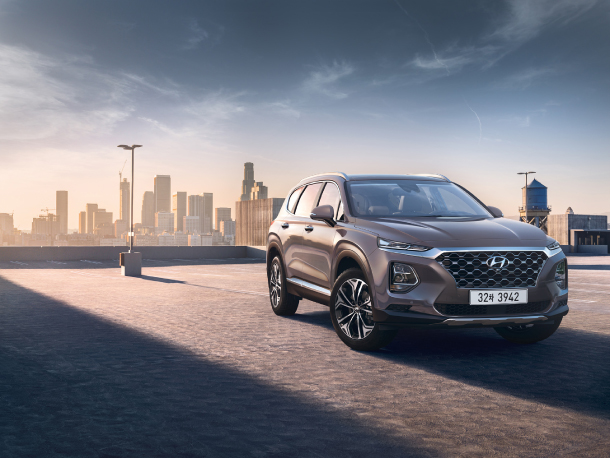 Hyundai Motor’s new Santa Fe SUV is a hit even before a single unit hits the road.

The automaker said Thursday it received 8,192 advance orders for the fully-revamped Santa Fe on Wednesday, the first day it started accepting them. The model will arrive in dealers’ showrooms later this month.

That number is almost as much as Hyundai Motor’s monthly sales target. The company has said it wants to sell 100,000 Santa Fes this year, which translates into 8,333 per month.

This was the highest number of advance orders for an SUV on a single day in Korea.

“The explosive response on the first day of pre-reservations shows that a lot of Koreans have long awaited the new Santa Fe,” said a Hyundai Motor official.

“We greatly appreciate such support. Hyundai Motor will do its best to live up to its customers’ expectations until the day it officially launches here,” the official added.

According to the company, the previous version of the Santa Fe received 3,000 advance orders on its first day, which at the time was considered a roaring success. The new Santa Fe’s record is 2.6 times more than that and almost double the average monthly sales of the previous version.

Hyundai Motor held a pre-launch event in five cities from Jan. 31 to Feb. 5, where some 6,630 people came to get a sneak peek of the new car.

“At the pre-launch events, 138 percent of our target for the number of visitors showed up, which shows keen interest in the new Santa Fe,” the company official said.