Winter refuses to give up, Jeju keeps digging

Winter refuses to give up, Jeju keeps digging 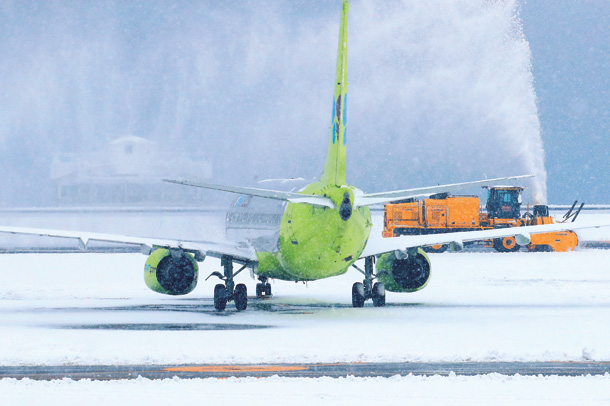 The national weather agency got its Thursday forecast all wrong for Jeju. It said the snow that led to flight cancellations, delays and stranded passengers would let up.

On Wednesday night, the Korea Meteorological Administration (KMA) called off a heavy snow advisory for all parts of Jeju Island after the alert was in place for five straight days.

The KMA said that the snow would be 1 to 5 centimeters (0.4 to 2 inches) on Thursday at the most.

But at 7:30 a.m., the national weather forecaster reissued the heavy snow advisory for the entire island and predicted some 2 to 8 centimeters of snow.

A heavy snow advisory is issued when snowfall is expected to be more than 5 centimeters in the next 24 hours.

“The forecaster said the weather would certainly get better,” said Park Ye-won, an 18-year-old resident of Jeju. “But what did we wake up to? A blizzard.”

The forecaster’s miss caused some confusion at schools.

“We kept texting the teacher to ask if school was open today,” Park reaclled, “but the teacher said she didn’t know and was waiting for word from above.”

Park ended up going to school, though she said she had to wait more than 20 minutes for a bus.

A bus skidded down a hilly road around 7 a.m. in the city of Jeju and ending up blocking the road. Cars behind it skidded into it. No injuries were reported.

Twenty-five people were reportedly injured in the city of Seogwipo on Thursday morning after slipping on ice while walking.

Jeju International Airport shut down its runways at 7:30 a.m., the fourth time it has done so due to heavy snow this year.

“We opened it up again around 10 a.m.,” said the Korea Airports Corporation’s Jeju office.

Nearly 100 flights were canceled or delayed during the shutdown.

“The airport has four snowplows, but they were not enough to respond effectively to the recent heavy snowfall,” said an employee of the Korea Airports Corporation’s Jeju office. “We are thinking of getting two to three more trucks.

“I know some are suggesting that we install a system to have heated runways, which would be heated from an underground system,” the employee added, “but that would mean the airport would have to close down for a long time to build the system.”

The KMA lifted the heavy snow advisory on the island at 12 p.m.

“There was a low-pressure trough near the island that brought down the temperature rapidly and brought on the snow, faster and more than we had expected,” a KMA official said.