The top sports tribunal on Friday rejected appeals filed by 47 Russians, including Korea-born short-track speed skater Viktor An, against an International Olympic Committee (IOC) ban from the PyeongChang Olympics. 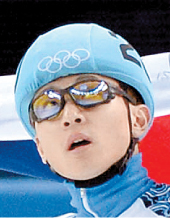 The Court of Arbitration for Sport (CAS) announced the rulings on the appeals of 45 athletes and two coaches who challenged the IOC decision over their alleged involvement in a state-sponsored doping program at a press conference in PyeongChang.

“The CAS arbitrators have considered that the process created by the IOC to establish an invitation list of Russian athletes to compete as Olympic Athletes from Russia (OAR) could not be described as a sanction but rather as an eligibility decision,” CAS Secretary General Matthieu Reeb told the press conference. “The CAS Panel found that the applicants did not demonstrate that the manner in which the two special commissions, the Invitation Review Panel and the Olympic Athlete from Russia Implementation Group, independently evaluated the applicants was carried out in a discriminatory, arbitrary or unfair manner.”

The IOC said it welcomes the CAS decision, which “supports the fight against doping and brings clarity for all athletes.”

An is among the most decorated athletes from the Russian team who were seeking a last-minute entry to the PyeongChang Winter Olympics. The six-time gold medalist, born Ahn Hyun-soo in Korea, has been claiming he has nothing to do with Russia’s doping scandal.

An, who has been competing for Russia since 2011, won three goal medals at the Sochi 2014.

The latest CAS decision is separate from the case last week. The CAS previously upheld the appeals of 28 Russian athletes who challenged lifetime Olympic bans by the IOC over doping violations at the 2014 Winter Games.

The IOC, however, announced that it will not invite 13 of the athletes and two of the coaches who are still active. Those 15 Russians similarly filed appeals to overturn the IOC decision, but the CAS also dismissed them.

All Russian athletes have to get invitations from the IOC in order to compete at the PyeongChang Olympics, as their national Olympic committee has been banned due to the doping scandal.

The Russians will have to compete as “Olympic Athletes from Russia” and will do so under the Olympic flag at the PyeongChang Games if they’re invited.