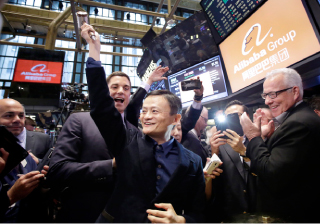 One of the biggest issues in the international capital market is China’s Xiaomi going public in Hong Kong. The listing of Xiaomi is scheduled for September, and the initial public offering is estimated to be worth $16.5 billion. Xiaomi is expected to be the biggest company listed in Hong Kong since the $20.4 billion IPO of AIA Group in 2010.

The “bait” that the Hong Kong Stock Exchange threw to catch the “big fish” is the weighted voting rights it introduced in December 2017. It gives the biggest shareholders and management more than one vote per share to defend companies from hostile takeovers.

In fact, Hong Kong has a painful memory with weighted voting rights. Until the early 2010s, Chinese companies seeking to go public overseas chose Hong Kong without hesitation. But in 2014, Alibaba, China’s biggest online retailer, went public on the New York Stock Exchange. In order for Alibaba Chairman Jack Ma to exercise stable management rights with his 7 percent share — which is relatively small — he had to choose New York.

The founders of Google and Facebook, both listed on the New York Exchange, get 10 votes per share. Warren Buffett, founder of Berkshire Hathaway, has 200 votes per share. Thanks to the weighted voting rights, they can focus on future investment without obsessing over short-term performance.

Weighted voting rights are offered not only in the United States, United Kingdom and Japan, but also in Sweden and Denmark, the origins of social democratic welfare models. Korea does not offer weighted voting rights because major shareholders are criticized for enjoying special benefits and small investors have a big voice.

The exceptions are not just in the capital market. The world is competing to attract businesses to revive the economy. The United States is attracting investments with deregulation and low corporate taxes. Japan offers incentives to Japanese companies that reshore. European countries are also lowering corporate taxes. They are going in the opposite direction of Korea, where corporate taxes and the minimum wage are increasing, part-time employment and work hours are shrinking and conglomerates are tainted with deeply entrenched bad habits.

Recently, I read an absurd rumor in a tabloid. The Trump administration promised permanent site leases and permanent residency for all employees of Samsung Electronics in return for relocating its semiconductor facilities and R&D department to America.

I was reminded of Exor, the holding company of Italian automaker Fiat Chrysler, which moved its headquarters to the Netherlands. Exor explained that corporate taxes were lower and protecting management rights was easier in the Netherlands. I hope that Korean companies do not look abroad for a friendlier business environment like Exor.

*The author is acting deputy industrial news editor of the JoongAng Ilbo.