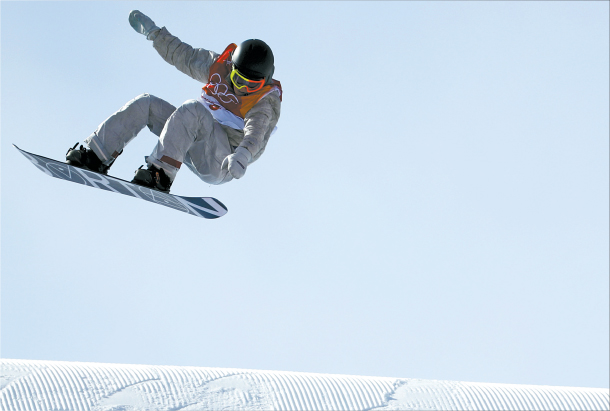 Redmond Gerard of the United States competes in the men’s snowboard slopestyle at the Phoenix Snow Park in Pyeongchang, Gangwon, on Sunday. Gerard won gold with a score of 87.16, giving the United States its first medal of the 2018 Games. Gerard, 17, was the youngest competitor in the field and is the youngest athlete to win gold in Olympic snowboarding. [XINHUA/YONHAP]