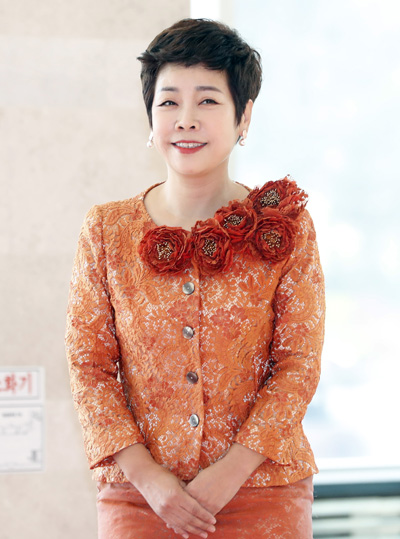 Television personality and comedian Kim Mi-wha, 54, apologized Sunday for inappropriate comments she made during the opening ceremony of the PyeongChang Olympics on television network MBC.

When the athletes from Ghana walked into the stadium during the opening ceremony Friday evening, Kim commented, “African athletes must not have seen snow before.” She also made several remarks relating to politics throughout the broadcast.

Many people watching at home took to social media to express their displeasure with Kim’s statements, saying that they were changing the channel.

MBC marked the lowest viewership rating of the opening ceremony with 7.7 percent, while KBS and SBS each recorded 23 percent and 13.9 percent.

In response to negative reactions from the audience, the comedian posted an apology on Twitter Sunday morning which aggravated the situation instead. “I feel sorry to see that [the reactions of] some Ilbe (an online community notorious for far-right and misogynist content) users, who deliberately criticized me all night, are seen as the reaction of the general public,” read the post.

“However, that, too, is my mistake. I am sorry for worrying others,” continued the post.

Many responded to the comedian’s tweet calling her apology insincere.

Kim is known for supporting of the current administration and often backs liberal causes.