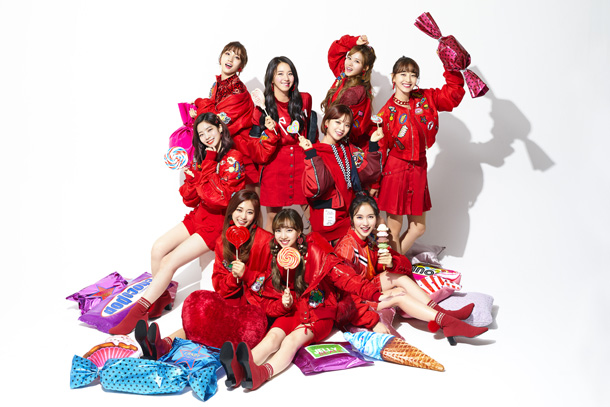 “Candy Pop,” the second Japanese-language single from the group, topped the Oricon daily singles chart from Wednesday to Friday, selling 211,473 copies in total, according to JYP Entertainment. The song was released Wednesday.

The figure is higher than the 158,733 total sales the group’s first Japanese single, “One More Time” had during the same period.

Twice debuted in Japan in June 2017 with the compilation album, “#TWICE,” and released, “One More Time,” in October. Both albums were certified platinum by the Recording Industry Association of Japan after selling more than 250,000 copies.