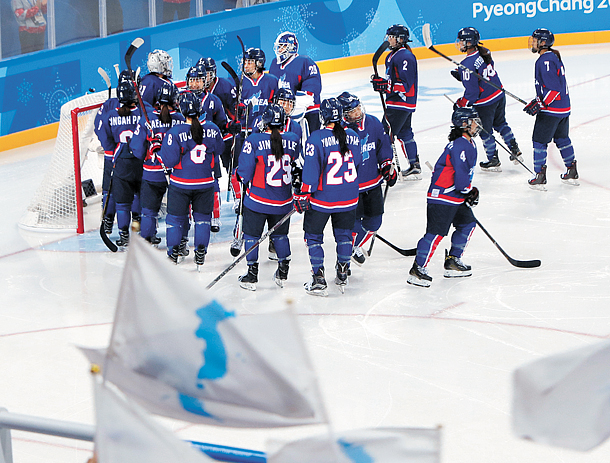 The inter-Korean women’s ice hockey team regroups during its second preliminary match against Sweden at the Kwandong Hockey Centre in Gangneung, Gangwon, on Monday. North and South Korean fans cheered for the team with the unification flag. Up until the second period, the joint team was losing 5-0. Sweden is ranked fifth while South Korea is ranked 22nd and North Korea 25th.