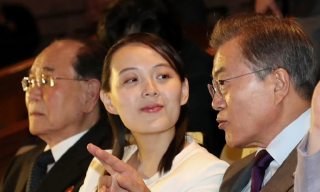 A friend said she was surprised to find her fourth-grade twins against reunification. When she told them, “I grew up singing ‘Our Wish is Reunification,’” the kids responded, “Why would I waste my wish on reunification? I want to use it for myself.”

Their argument is that if you can’t swim or jump into the water to save someone, both people will die, so it is better to throw a life vest or call 911. The United Kingdom, the United States and Australia were the same people, but because of religious and social issues, they separated and established new countries, and all three are now well off. It is backward thinking that the same people using the same language should be one country.

Their extreme individualism, pragmatism and excessive cosmopolitanism may not deserve taunting entirely. They may be more realistic than sentimental grown-ups. It would be great to reunite, but are we really ready to embrace it? Certainly the twins are not the only ones skeptical about reunification. Many young people in their teens and 20s are not hesitant to express such views.

Whether they know the change in atmosphere or not, North Korean guests at the Olympics cried out for reunification throughout their stay in the South. They sang about reunification and invoked old memories. North Korean leader Kim Jong-un’s sister, Kim Yo-jong, kept her chin high and told South Korean President Moon Jae-in that he should “play a leading role in opening a new chapter for unification.” The North Korean cheer squad constantly shouted “Korean people,” but somehow I couldn’t help feeling that something was missing.

Times have changed, the world has changed, and most of all, people have changed. The younger generation is sick and tired of extreme nationalism, and, to them, a unified team seems more unfair than exciting. When South Korean boy bands like BTS are popular worldwide, North Koreans singing old South Korean songs are hardly appealing.

Kim Yo-jong’s visit on behalf of her brother was refreshing, but Pyongyang is hardly being sincere when it can threaten a “sea of flames” one day and advocate unification the next. It is like the prodigal son returning home with debt and stressing the value of family.

Such feelings are widespread not just among young people but also middle-aged Koreans. South Koreans have learned that North Korea likes to offer peace first and follow up with provocations later.

It is worrisome that the Moon Jae-in administration may be excited and make rash moves. The Blue House asked popular South Korean singer Seohyun to sing “Our Wish is Reunification” with North Korean singers. I am deeply concerned about whether our government is making the mistake of helping North Korea escape from sanctions just as they start to prove effective and as North Korea becomes conscious of Washington’s hard-line stance. If our government really does so, it will mean an end to our alliance with the United States.

An inter-Korean summit without understanding and cooperation from the United States will be a one-time stunt at best. Consequent damage to the alliance is inevitable. That is why President Moon said “conditions should be met” before accepting Kim’s invitation to Pyongyang and urging North Korea to talk with the United States.

Moon remains strategically ambiguous, but Lee Won-jong, a former Blue House secretary, gave a frightening assessment. “It seems that South Korea and the United States are in the process of a divorce,” he said. Now is the time for the government to trust the police that sent the prodigal son home rather than the returned son.