Duo to donate profits from single to charity

Duo to donate profits from single to charity 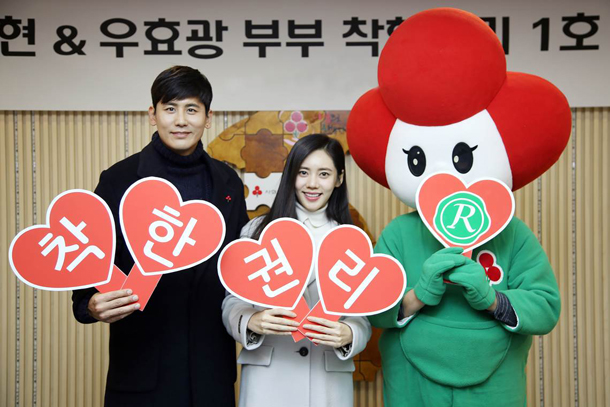 Choo Ja-hyun, right, and Yu Xiaoguang, left, will donate all of the profits earned from their single “It’s You” to Community Chest of Korea, according the organization on Tuesday.

On Tuesday, the couple visited the organization’s headquarters in central Seoul and registered themselves as the first donors of the “Good Right” campaign and announced that they will be donating what they earn from the song.

The couple asked for the organization to help the underprivileged and put an end to poverty.

“We always try to think of ways to return the love we received, and we hope the donation can help many people,” said the couple.

“It’s You” is written by veteran singer-songwriter Shin Seung-hun, who is famous for “I Believe” (2001). The couple is currently starring in the second season of the SBS program “Same Bed, Different Dreams - You Are My Destiny.”