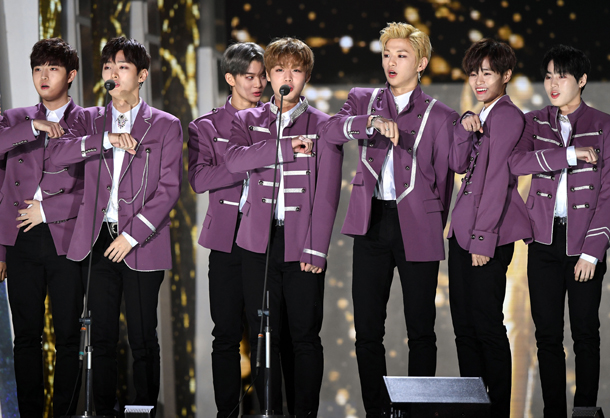 YMC Entertainment of popular group Wanna One urged diehard fans to stop interfering in the personal lives of the groups members on Tuesday.

The agency uploaded a statement on the group’s Twitter account that read, “Recently, the members of the group have been suffering from some fans who acquired their personal information in illegal ways and have been sending messages and calling them day and night.”

Some fans have even followed the members to private events, after learning about their location through a tracing device illegally installed in the group’s car, according to the agency.

“Please clearly realize that such behavior hurts the members,” the statement continued.

However, fans do not seem to be happy about the statement. “Don’t just warn them but please take legal action against those people. They shouldn’t be called fans, but stalkers,” read one of the comments posted to the announcement.

Wanna One is made up of eleven members who were chosen as the winners of the second season of cable channel Mnet’s singing competition program “Produce 101.”