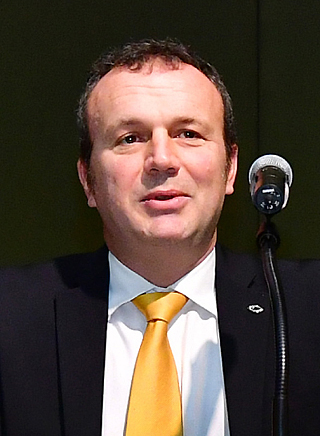 Renault Samsung Motors on Tuesday pledged to sell 270,000 cars this year, a modest target considering it is launching two new models in Korea this year.

Dominique Signora, chief executive of the French auto giant’s Korean unit since November, said the company plans to sell 100,000 cars in Korea and export another 170,000, the same goal it set last year, when it only released one new model.

“The number of sales target is the ground where we will build on to do better,” Signora said during a news conference at the company’s headquarters in Yeoksam-dong, southern Seoul. “We don’t want to indicate wrong numbers. ... We are setting a sales goal that we can 100 percent achieve. But we are going to do better.”

Renault Samsung has two releases in store for this year, starting with the hatchback Clio in the first half.

The Clio was originally scheduled to launch in Korea in 2017 and was showcased at the Seoul Motor Show last year, but its explosive popularity in Europe caused a delay, Signora said.

“We are throwing down the gauntlet in the market,” a company spokeswoman said. “[The commercial vehicle] will likely be electric because Renault Samsung Motors’ Busan factory has the capacity to produce electric cars. Considering that, bringing an electric version and opening the possibility of domestically producing the car would be a logical choice.”