The pressure was real. So were the tears - of joy, relief, redemption. 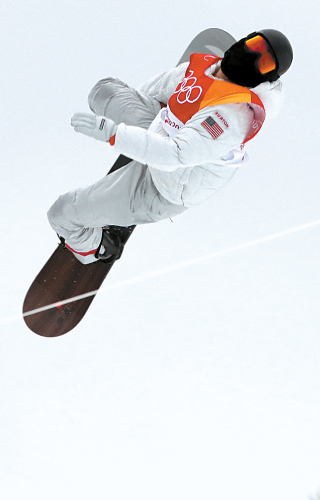 Shaun White of the United States competes in the men’s halfpipe final. [YONHAP]

This is why Shaun White keeps going. This is why the snowboarding superstar keeps coming back to the Olympics, a journey that’s seen him evolve from teenage phenom to global brand to living legend.

One with a perpetual target on his back and impossible expectations to meet.

Standing atop the halfpipe on a gray Wednesday morning at slushy Phoenix Snow Park with his hopes for a third gold down to one final shot, White never wavered.


The stakes left him little choice. Rising star and heir apparent Ayumu Hirano had snatched the lead out of White’s hand during the men’s halfpipe final, throwing a spectacular epic second run to vault into the lead and putting a portion of White’s Olympic legacy at risk.

Not that it mattered.

One deep breath, a half-dozen near flawless tricks - including back-to-back 1440s, a trick he never landed in competition before these finals - and one seemingly interminable wait later, White’s return to the top of his sport was complete. 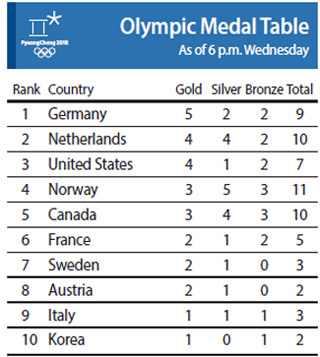 When his score of 97.75 flashed, more than two points clear of Hirano and almost six clear of Australian bronze medalist Scotty James, it all seemed worth it.

The long road back from disappointment in Sochi four years ago. The painful recovery from a crash in New Zealand last fall that required emergency surgery.

The notion the man who for so long served as a pioneer had been surpassed by the next generation.

“He wears the weight of the country and the world on his shoulders for this,” said J.J. Thomas, White’s longtime coach. “This is our Super Bowl. But bigger because it’s only once every four years and he stresses out.”

Funny, it didn’t show as he became the first American male to win gold at three separate Winter Olympics.

The gold was also the 100th overall gold for the United States in the Winter Games.

“What can I say? I won the Olympics,” White said. “Three gold medals. I was just hoping they’d give it to me. I was pretty sure I put it down but it took a little while. Just trying not to make eye contact with the judges.”

White put together a dazzling first run, throwing a 1440 early on and building from there.

He tossed his helmet toward the crowd when he finished and celebrated in the waiting area while the judges deliberated.

His score of 94.25 was tops after the first of the three finals runs, but Hirano recovered after sitting down during his first trip to put White on notice during the second.

Labeled as snowboarding’s next big thing when he was 13, the 5-foot-2 Hirano, now 19 years old, is a twisting, flipping, boundary-pushing whirl hardly afraid at taking on his idol.

Just not ready, at least this time, to take him down.