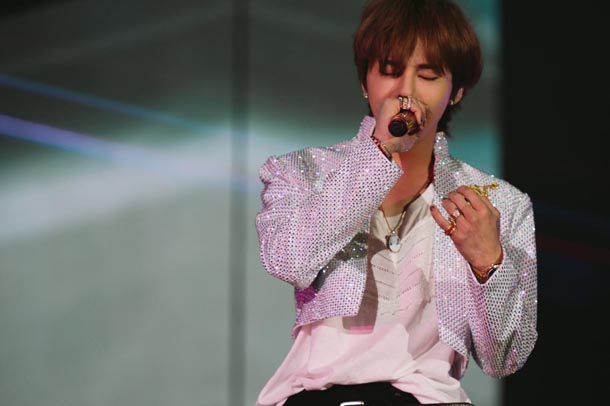 G-Dragon of popular boy group Big Bang will join the military on Feb. 27, according to YG Entertainment on Wednesday.

The agency released a statement that read, “The artist will be entering a military training camp on Feb. 27 and in order to prevent crowds, there will be no events for fans.”

The singer is 30 years old, and this year is his final opportunity to enter the military as an active duty soldier according to the military service law.

At a Big Bang concert held on Dec. 31, 2017, the singer mentioned his enlistment, saying, “Like spring comes after winter, we can meet soon, so don’t be too sad and stay healthy.”

Another member of the group, Taeyang, who recently married actor Min Hyo-rin, is also scheduled to enter the military soon.

T.O.P, the eldest of the members, joined the army in February 2017 as a conscripted police officer but was forced to change his position to public service worker at the Yongsan District Office in central Seoul after he was found guilty of smoking marijuana in July.

The other members of the group, Daesung and Seungri, are still postponing their enlistment.