A moment of silence

A moment of silence 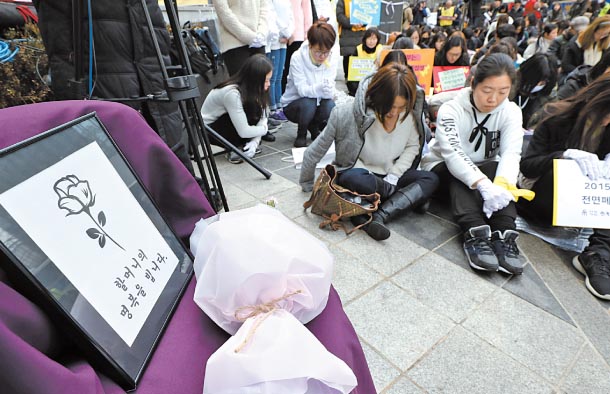 At a weekly rally focused on Japan’s military wartime sexual slavery, protesters in front of the Japanese Embassy in central Seoul mourn the death of a former “comfort woman” victim earlier that morning. Surnamed Kim, she had suffered from dementia and a severe stroke and had lived in the House of Sharing in Gyeonggi. Her death brings the number of survivors to 30. [YONHAP]