The EU and the ‘Peace Olympics’

The EU and the ‘Peace Olympics’ 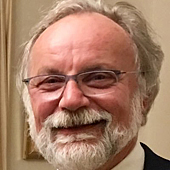 During the ancient Olympic Games in 776 BC, where representatives from city-states and kingdoms across Greece competed, all conflicts were postponed until the Games were finished. This cessation of hostilities was known as the Olympic peace or truce. The truce allowed religious pilgrims who were traveling to Olympia to pass through warring territories unmolested because they were protected by Zeus.

The first modern Olympics, which were reborn in 1896, in Athens, some 1,500 years after being banned by a Roman Emperor, were conducted in the same spirit of peace and reconciliation.

Today it seems that the 2018 Winter Olympics in Pyeongchang have renewed the ancient tradition of an Olympic truce.

On Feb. 9, the Opening Ceremony saw all 92 participating nations walk into the stadium with their national flags under the theme “peace in motion.” We all witnessed a historic moment when the two Koreas marched again together under the Unification flag with two torch bearers, one from each side. This is something that one could hardly have imagined six months ago, given the level of tension on the Korean Peninsula. Sport once again provided the basis for diplomacy.

Pictures from PyeongChang showed that there is always hope for reconciliation and that sports diplomacy can contribute to confidence-building and reducing tensions. Having Vice-President Pence, Prime Minister Abe and the North Korean high-level delegation in the same VIP box at the opening ceremony was quite remarkable.

Drawing on this Olympic truce and the positive momentum and energy that are flowing from it, solutions must be found to the underlying problems posed by North Korea’s nuclear and missile programs, which have not changed.

While fully participating in the international sanctions regime, the European Union has always maintained the need for engagement. The last few days have shown that the Olympics can be a building block for peace and stability on the Korean Peninsula by preparing the ground for North Korea to engage in a broader, credible and meaningful dialogue, aimed at pursuing the complete, verifiable and irreversible denuclearization of the peninsula.

The European Union sees the Olympic and Paralympic Games as contributing to promoting peace and universal values, such as non-discrimination, solidarity, gender equality and cultural diversity, through sport, a path South Korea has chosen.

In 2015, the EU Commissioner in charge of sports, Tibor Navracsics, set up an interdisciplinary panel consisting of politicians, academics, athletes, and representatives of sports organizations to explore how sport can carry positive messages in the context of international competition.

It is in this spirit that during the 2018 Olympic and Paralympic Games the EU is organizing some activities designed to promote the fundamental values it is based upon.

First, in January, the Delegation of the European Union launched the 2018 PyeongChang Paralympics — EU Award for Journalists to seek and recognize excellence in reporting on non-discrimination and diversity during the 2018 Winter Olympics and Paralympics.

The media play an important role in highlighting such issues. We need to reach out to citizens and governments for meaningful action to fight discrimination and guarantee the full enjoyment of all human rights for all. As we celebrate the 70th anniversary of the Universal Declaration of Human Rights in the year of the Olympics and Paralympics, this is particularly important. Journalists can stimulate dialogue and action across borders by sharing information.

In this regard, the 2018 PyeongChang Olympics/Paralympics — EU Award for Journalists aims to support Korean journalists who contribute to raising awareness amongst the wider public on human rights. It is an effort in line with the Olympic spirit, and the EU’s efforts to promote and protect human rights for all worldwide. The Olympic and Paralympic Games provide unique opportunities to disseminate those messages.

The writer of the best articles will be rewarded with a trip to Europe.

Secondly, the EU will work the media in order to look at issues such as the human rights of persons with disabilities under the UN Convention on the Rights of Persons with Disabilities that was ratified by South Korea in 2008, combating discrimination on the ground of disability (and other grounds, such as gender) in education, at the workplace and in society in general. Participants will be looking at negative stereotyping and possible guidelines to promote a positive image of persons with disabilities in the media, drawing upon the experience of some countries when dealing with gender stereotyping. Social inclusion through sport will, of course, be the overarching topic of discussion.

Thirdly, together with the EU member states represented in South Korea, the European Union will support visits for children with disabilities to the Paralympic Games. The children, from schools for people with special needs, will also be introduced to European para-athletes and VIPs involved in the Games.

It is remarkable that all 28 member states, including the smallest and least associated with winter sports, are sending athletes to compete in the 2018 PyeongChang Games.

Some of the EU member states are regarded as the cradle of winter sports, especially northern European countries (Finland, Sweden, Denmark, the Netherlands, Estonia, Lithuania, Latvia, Luxembourg, Belgium, Ireland, Germany and the United Kingdom) or mountainous countries where alpine skiing, especially in the Alps or the Pyrenees, is very popular (France, Austria, Slovenia, Croatia, Italy, Spain). Two associated countries, Norway and Switzerland, known for their excellence, are expected to go home with many medals. In Central European countries (Poland, Hungary, the Czech Republic, Slovakia, Romania, Bulgaria), ice sports such as hockey are very popular. Surprisingly, the smaller sunnier southern European countries (Portugal, Malta, Cyprus, Greece) are also competing in the Winter Olympics. This is undeniably a tribute to Europe’s commitment to the Olympic spirit — taking part in the Games is paramount, not necessarily winning!

After the first medals won by Sweden and Finland, you can follow how well the EU is doing by looking at our medals table on the EU Naver blog and website with the hashtag #EUinPyeongChang.

Let the best athletes win, or as we say in French (one of the Olympic languages), “Que le meilleur gagne!”

*The author is EU Ambassador to the Republic of Korea.