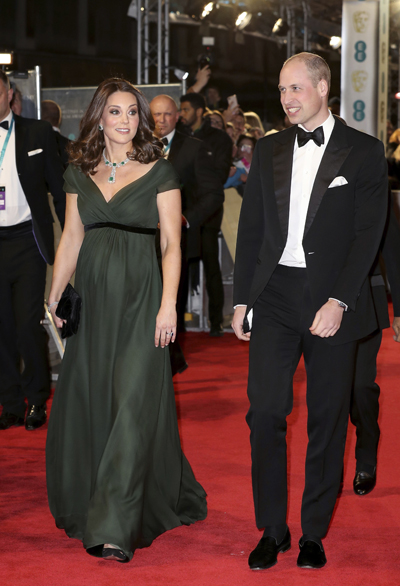 The Duchess of Cambridge has joined in with the muted palette on the British Academy Film Awards (Bafta) red carpet, wearing a dark green Jenny Packham dress with a black belt.

Kate Middleton, who is expecting her third child in April, attended the Baftas with her husband, Prince William, who is president of the U.K. movie academy.

Most female guests wore black to the ceremony as a statement of support for the “Time’s Up” movement against sexual harassment and abuse.

Kate’s choice found a middle ground between making a political statement - something that the royal family scrupulously avoids - and completely ignoring the gesture by wearing a bright color.AP