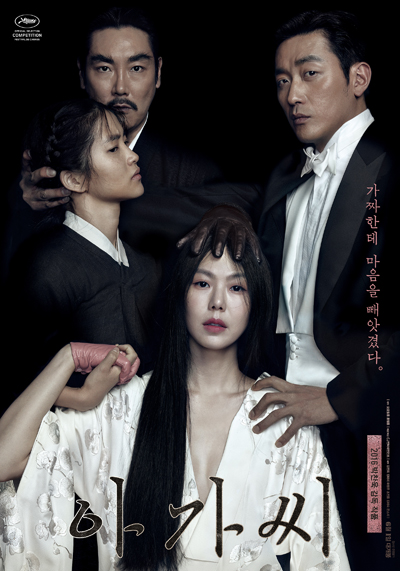 Korean auteur Park Chan-wook’s “The Handmaiden” picked up a trophy for the best non-English film at the 71st British Academy Film and Television Awards (Bafta), becoming the first Korean film to clinch the award at the Baftas.

In a statement, the director said, “I can feel the weight of this award, especially since I’m working with English people in London,” said Park, who is currently working on a BBC and AMC series “The Little Drummer Girl.” The director, who couldn’t attend the ceremony added, “After nicely wrapping this series, I hope to party with ‘The Haindmaiden’ staff and actors over naengmyeon (cold noodles).”

Inspired by award-winning novelist Sarah Waters’ Victorian crime novel “Fingersmith,” the Korean film tells the story of a young maid (Kim Tae-ri) hired by a con man (Ha Jung-woo) to seduce a wealthy heiress (Kim Min-hee), only to fall in love with the woman.

The movie, which has been praised for its dazzling visuals, was in competition at the 69th Cannes Film Festival in 2016. It won Best Foreign Feature and Best Production Design from the Los Angeles Film Critics Association (Lafca) in December of the same year.